Athena, Hephaestus And The Full Monty 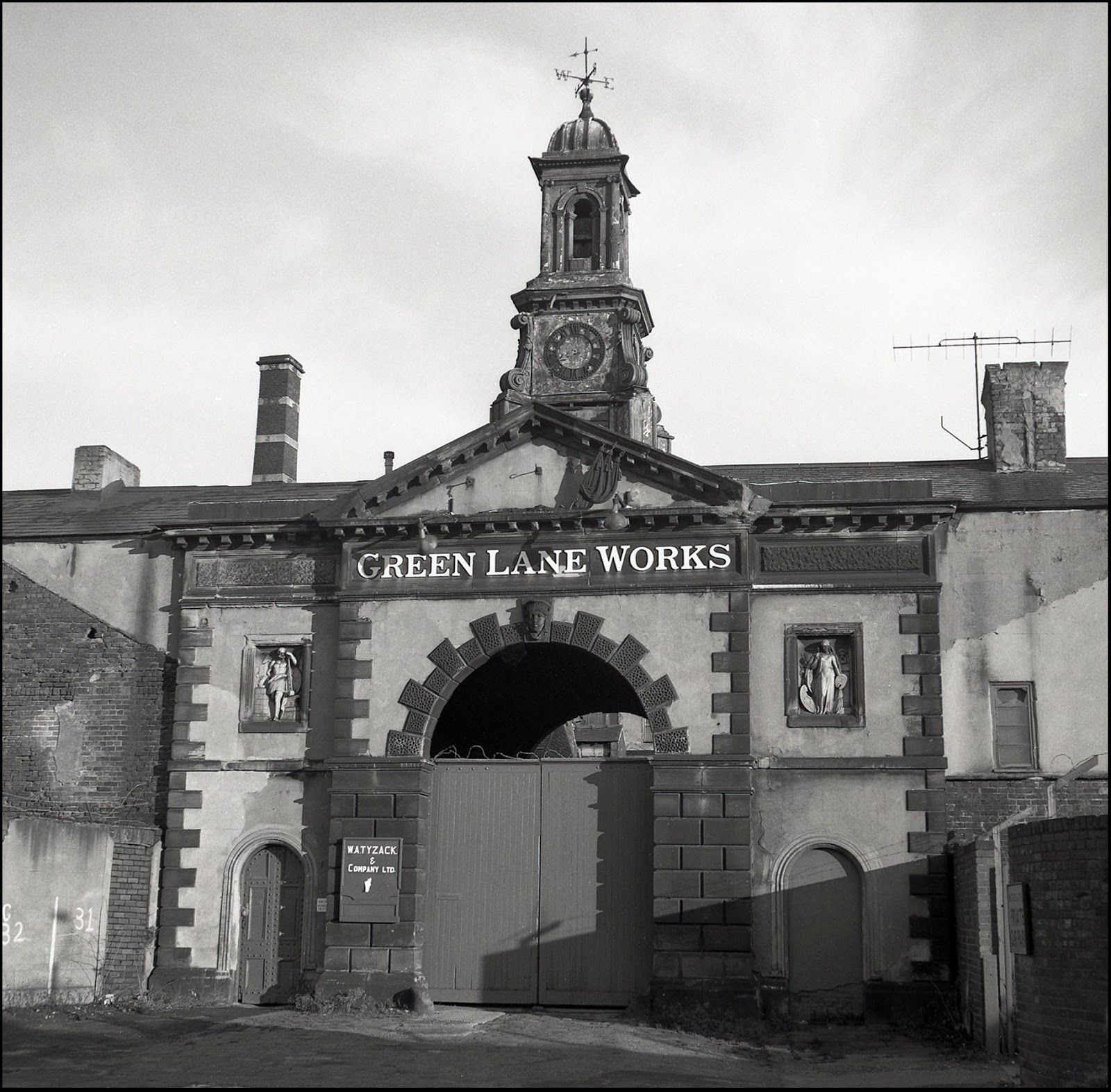 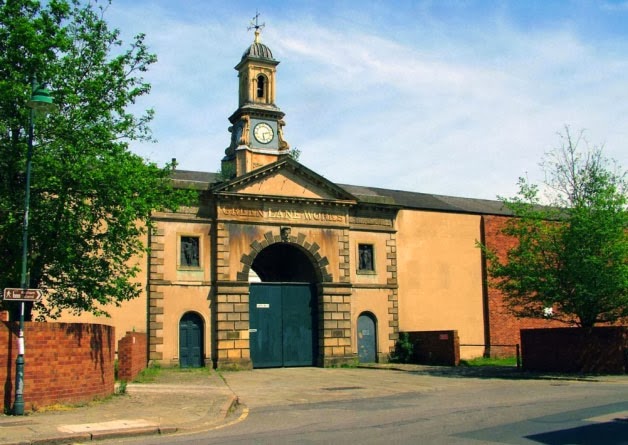 The main photograph is a recent scan of a shot I took back in the mid 1980s of the entrance to Green Lane Works in Sheffield. The old gatehouse had fallen into serious disrepair at the time, but was later restored as the second photograph shows. On my photograph you can make out the two recessed statues of Athena, the goddess of arts and crafts, and Hephaestus, the god of blacksmiths. Green Lane Works was built in the 1790s by the firm of Hoole and Co who were manufacturers of stoves and fenders. Although the gatehouse is listed by English Heritage, it appears that it has once again fallen into disrepair and it was recently added to the national Heritage At Risk Register. If the structure seems somewhat familiar, you might recall that it was used as one of the locations in the film "The Full Monty", but your mind might have been on other things at the time.
at February 05, 2014