Back From Scarborough - A Grand View 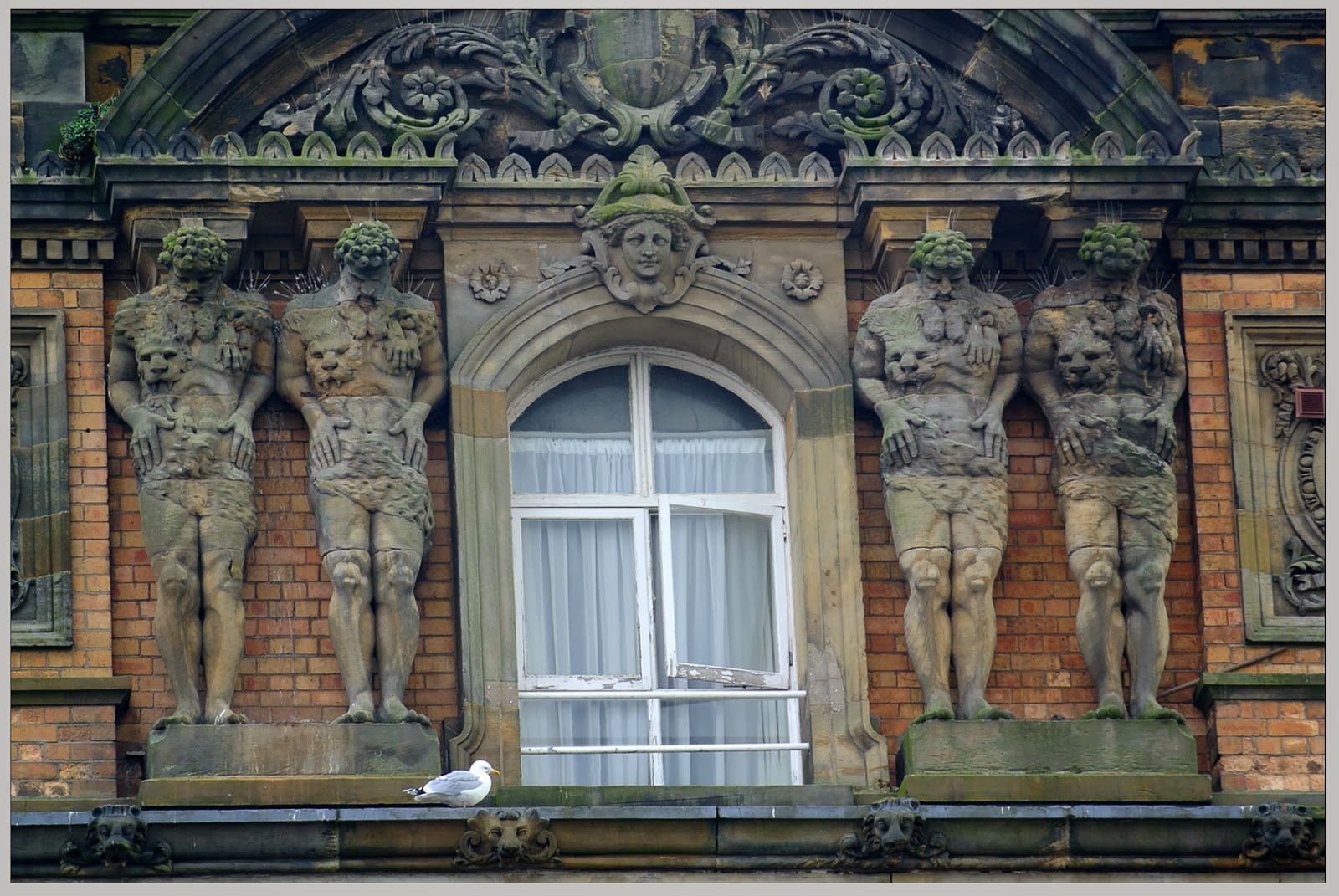 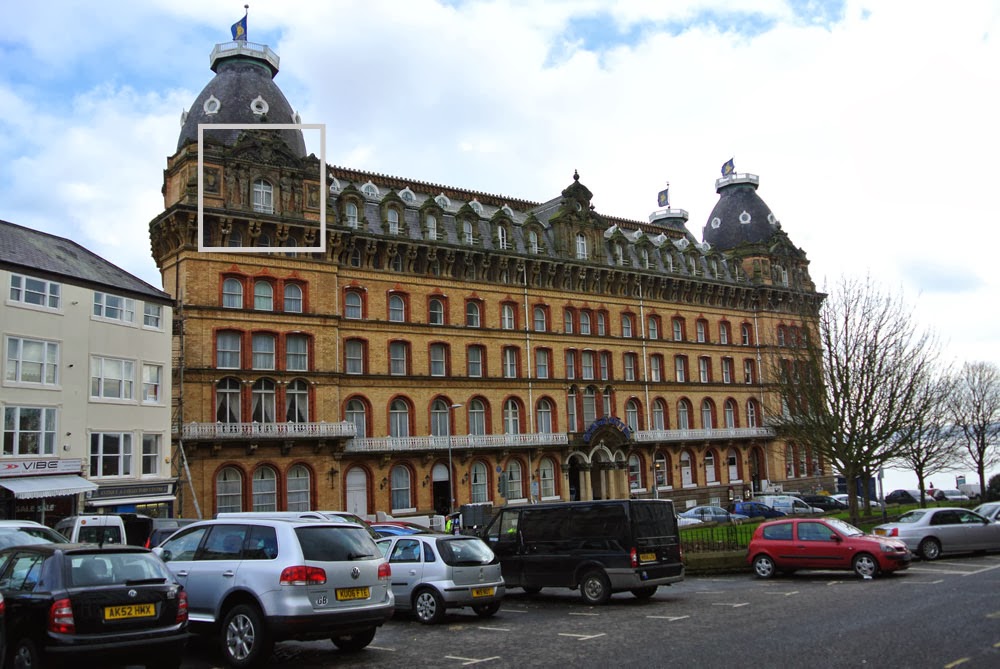 Back from a few days in Scarborough where the weather did a passable impersonation of Spring. My photograph features just one of the windows of the magnificent Grand Hotel which stands like a Victorian Whatnot above the South Bay cliffs. When the hotel was built in 1867 it was said to be largest purpose-built hotel in Europe and it was a showcase for the kind of engineering and technological inventions that the Victorians loved. The internal plumbing delivered hot and cold freshwater and seawater and a complex system of electric bells and speaking tubes were said to put all guests in instant communication with the hotel management. A lift provided ease of access to each of the main floors from the foreshore, although according to this review in the Nottinghamshire Guardian of 18 September 1868, the experience of this contraption was a mixed one.

"My first impressions were not agreeable: it looked to me rather like a private execution "limited". I am told that some lifts are prettily fitted up; but at the Grand the apparatus is grim and bare. A grim boy stands by your side; he tells you gruffly to "stand more towards the centre"; you almost feel as if pinioned; you see a long rope, and, as he shuts the lower doors, you are metaphorically and literally, quite in the dark. Then the floor moves, and you are lifted smoothly enough I own, but still strangely. Light comes in from the top, and you see the solid walls glide downwards, as banks and trees seem to rush by the sweeeping railway train, and you get out on the fourth or fifth floor, to find yourself in your bedroom, without stirring a step "upstairs", just as in a dream, one jumps from a precipice to awaken with a start in bed. The time may come when stairs will be obsolete institutions and lifts as common as gaspipes ... but it will require some amount of use to make them agreeable"

The lift apart, the reviewer seems to have enjoyed his stay at the Grand, saying that "the waiters, nearly all foreigners, are very attentive and not rapacious", and that you can get "a drinkable Beaujolais for 2s 6d a bottle".

During the latter half of the nineteenth century, the hotel sought to capture the winter tourist market by boasting that its rooms were "warmed by Haden's Apparatus (a form of early central heating which made use of steam and hot water).
Luckily, there were not too many people enjoying winter residence in January 1915 when the hotel fell victim to one of the most audacious attacks of the Great War when it was shelled by a German Battleship. Some thirty shells fell on the building and there was widespread damage to the restaurants and picture house, but luckily, nobody was killed.
at February 20, 2014