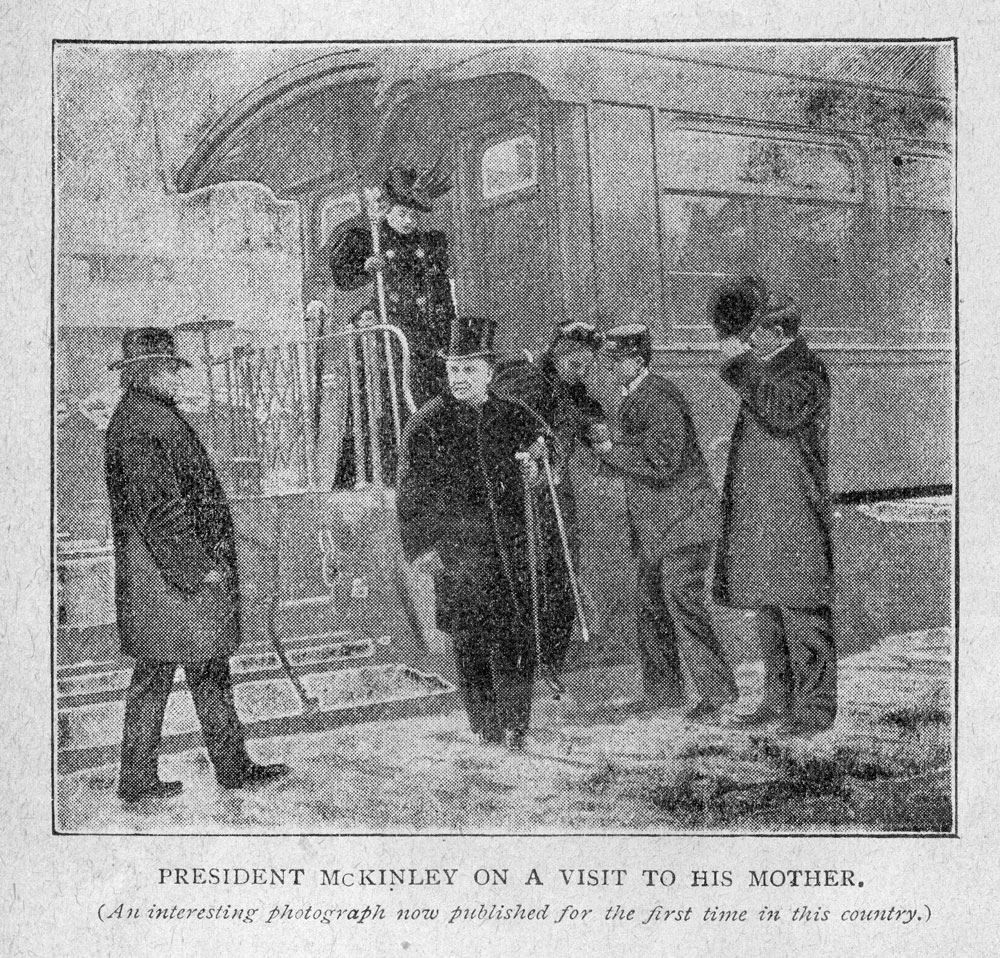 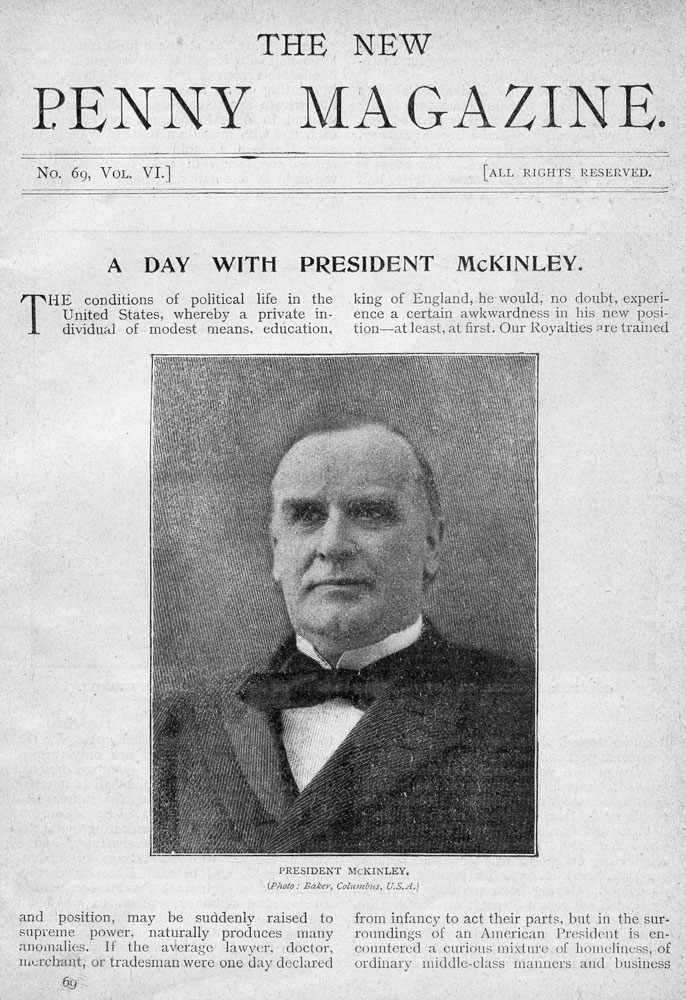 I bought a bound volume of the New Penny Magazine dating from 1900 when I was at the antique market the other day (the price worked out at just 20 pence per magazine). Each issue of the magazine is brown with age and interest, and I can while away the hours whilst Britain sinks under the storm-driven flood waters by reading the fascinating articles.

The lead article of the first issue in the volume is entitled "A Day With President McKinley", and is full of fascinating detail about the day to day life of the American President. The White House is described in loving detail and the fact that the British had burned the building down less than ninety years earlier is carefully avoided!

The article ends with the description of a visit by the President to see his sick mother and there is a photograph of the scene ("an interesting photograph now published for the first time in this country").

"His second arrival at Canton is the scene depicted in the picture. Those who have travelled with President McKinley will always remember his watchful attention to his invalid wife. He watches her every step and assists her every motion. For once in his long period of such devotion, for one brief second, he turned aside from her assistance. There is a look of questioning suspense in the President's face. He is asking with a glance: - "Is mother alive?". Abner McKinley, a brother is coming to meet the ruler of seventy millions, and in the President's eye there is a sad query as to the news from the bedside of their mother. It was just at this moment that the photograph was made, and it is an interesting history of a single second in William McKinley's remarkable career."

By the time the article was published in Britain, McKinley's mother was dead. Within a few months of the publication, McKinley himself was dead, the victim of an assassins bullet. By 1904 Abner McKinley was dead and it was McKinley's widow, Ida the Invalid, who outlived them all.