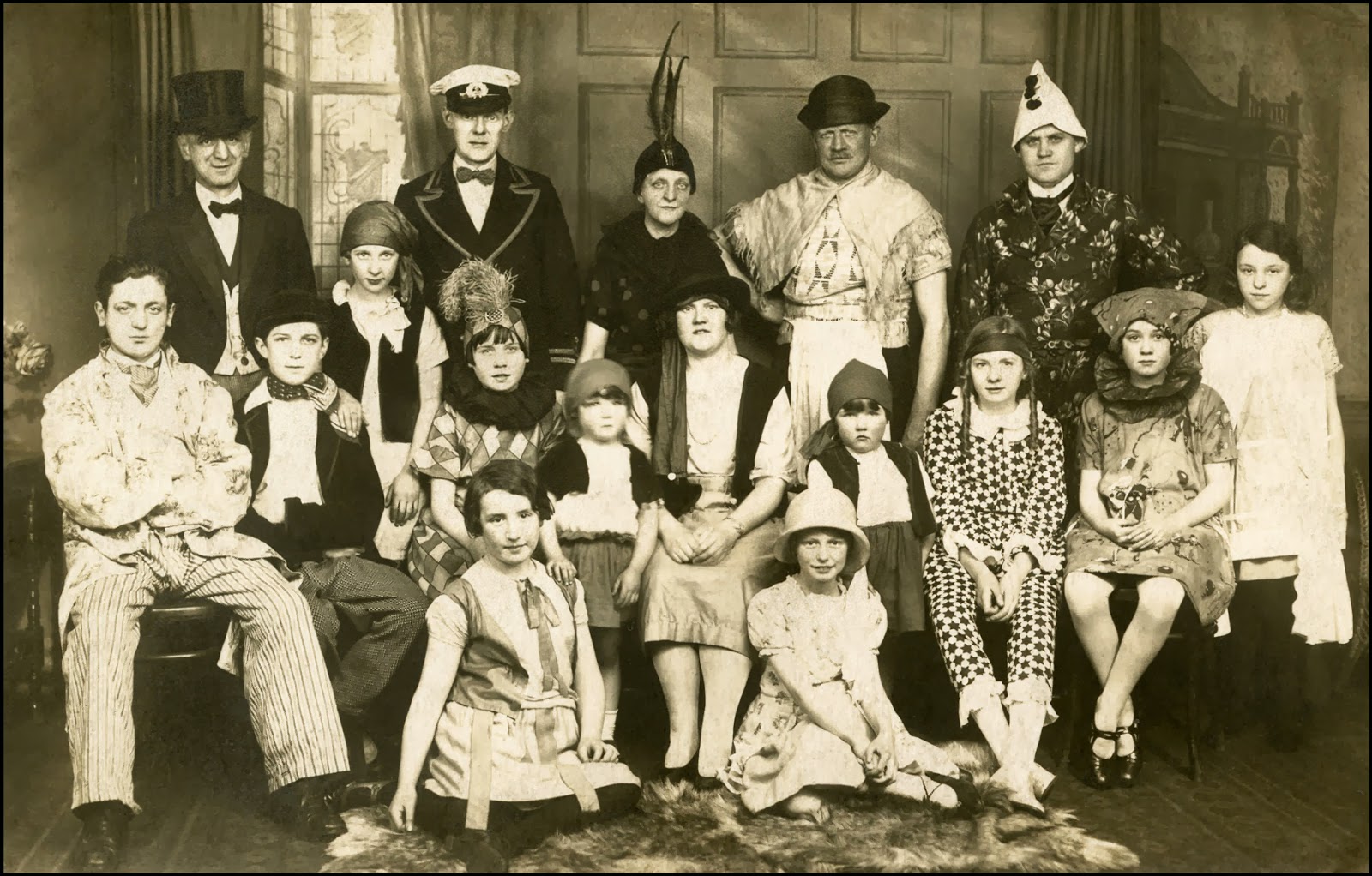 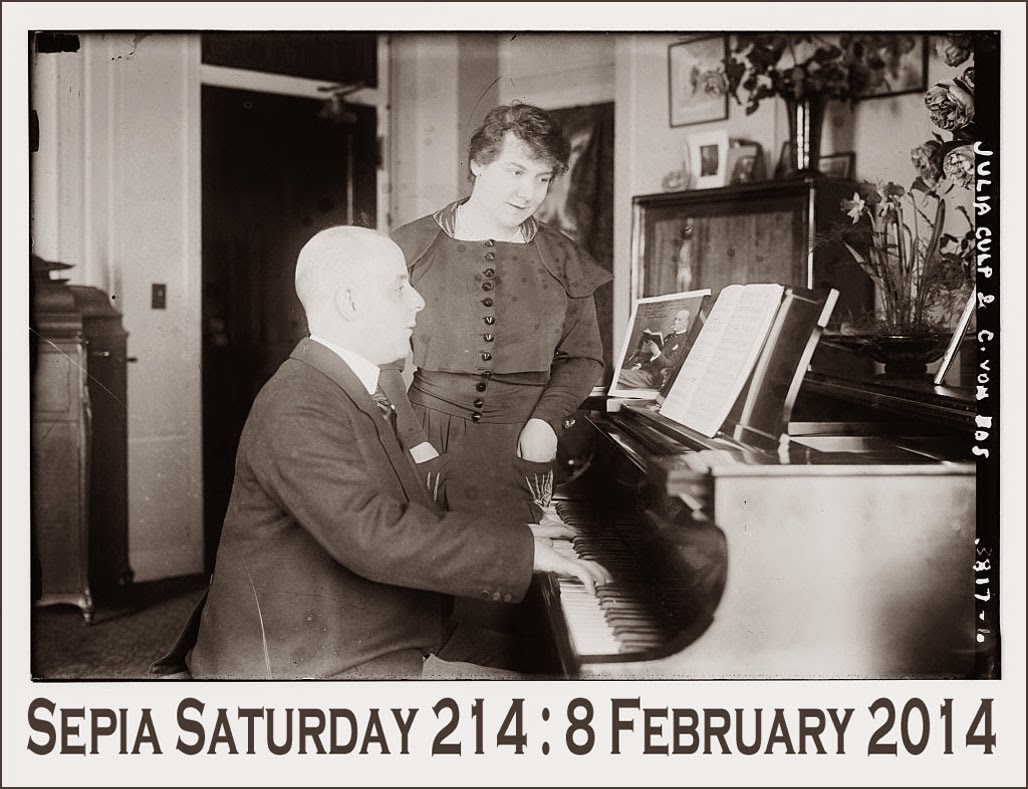 Sometimes a photograph is so good, so redolent of an era, that you will stretch any Sepia Saturday theme to an inch off breaking point in order to feature it. The theme this week features a man playing a piano. A piano provides entertainment and entertainment means a chapel amateur dramatic group or a concert party. And here we have the cast of such a production from eighty or so years ago. I am not sure which chapel or church it was, but it will have been in Great Horton, Bradford. That is my grandfather, Enoch, second from the right on the back row, who - somewhat worryingly - is dressed as a washerwoman. And that, as all keen Sepians will immediately realise, is the one and only Auntie Miriam sat dead centre of the front row. 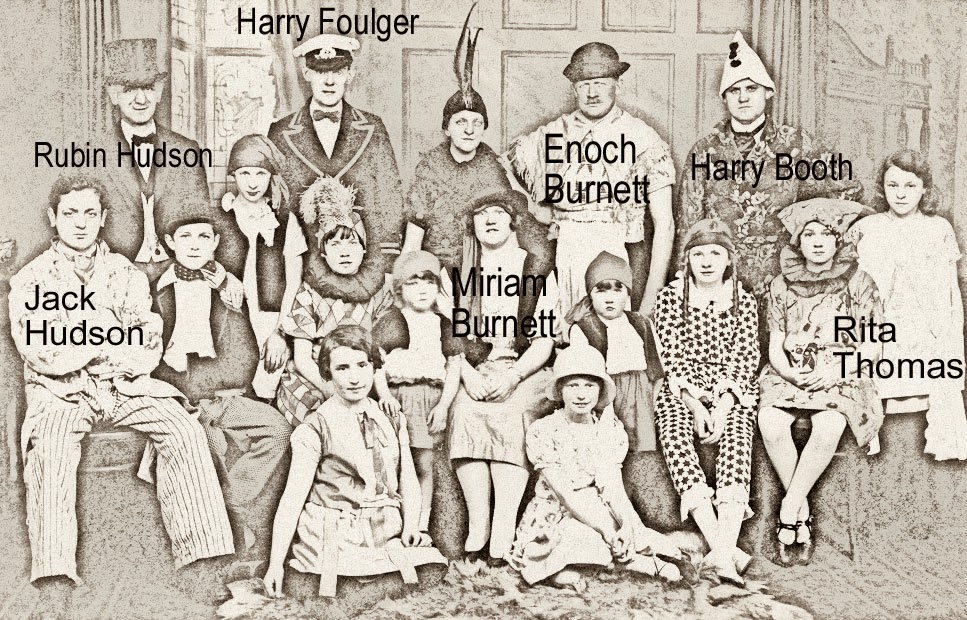 There was a pencilled note fastened to the back of the photograph which identifies one or two more of the participants. The names must come from my father, I seem to recall writing them down under his instructions. I think that Rubin Hudson was the father of Jack Hudson and that they kept the fish and chip shop in Townend, Great Horton. I am not sure about the others, but my guess would be that the photograph was taken in the 1930s. According to the records there was a Foulger family living in the area at the time and I am sure there were Booths and Thomas's as well.