Down A Historical Sinkhole With Illingworth Grindrod 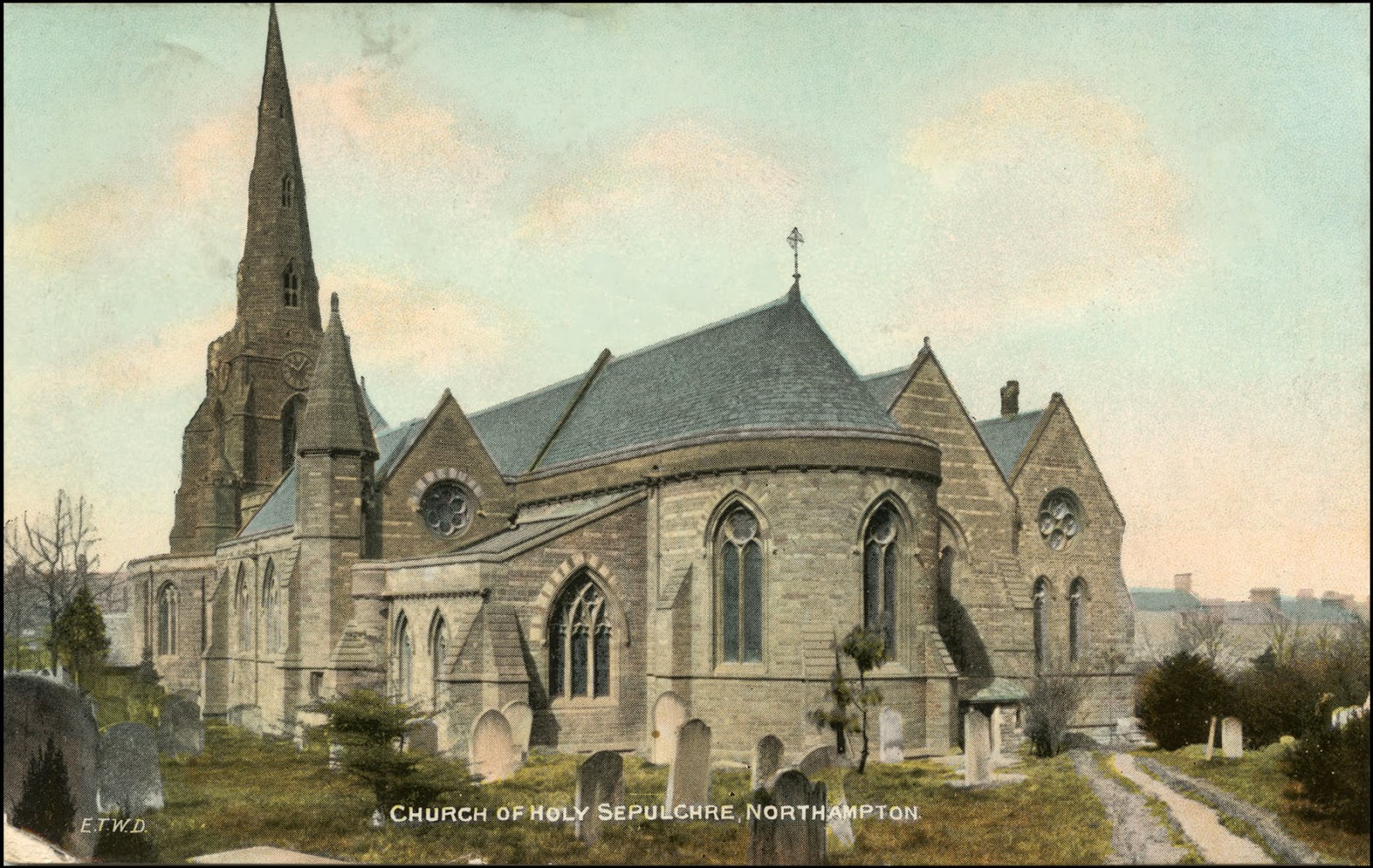 A few years ago I discovered psychogeography - the exploration of the physical environment based on the interaction of chance and individual perspectives. Or rather, psychogeography discovered me as I was contacted by some keen psychogeographers who informed me that my quest to discover my local county via randomly generated 500 metre squares (West Yorkshire in Ten Squares) was a good example of psychogeography. I have always preferred the haphazard to the planned, serendipity to programming : but now that it is raining outside I am experimenting with extending the approach to time travel rather than real travel. So say hello to psychohistory.

My particular approach to psychohistory involves visiting a local antique centre and buying up a dozen or so old postcards for a few pence each and using the messages on the reverse of the cards as sinkholes to the past. The first part of the experiment makes use of a dog-eared old postcard of the Church of Holy Sepulchre in Northampton. The reverse reveals the following message: 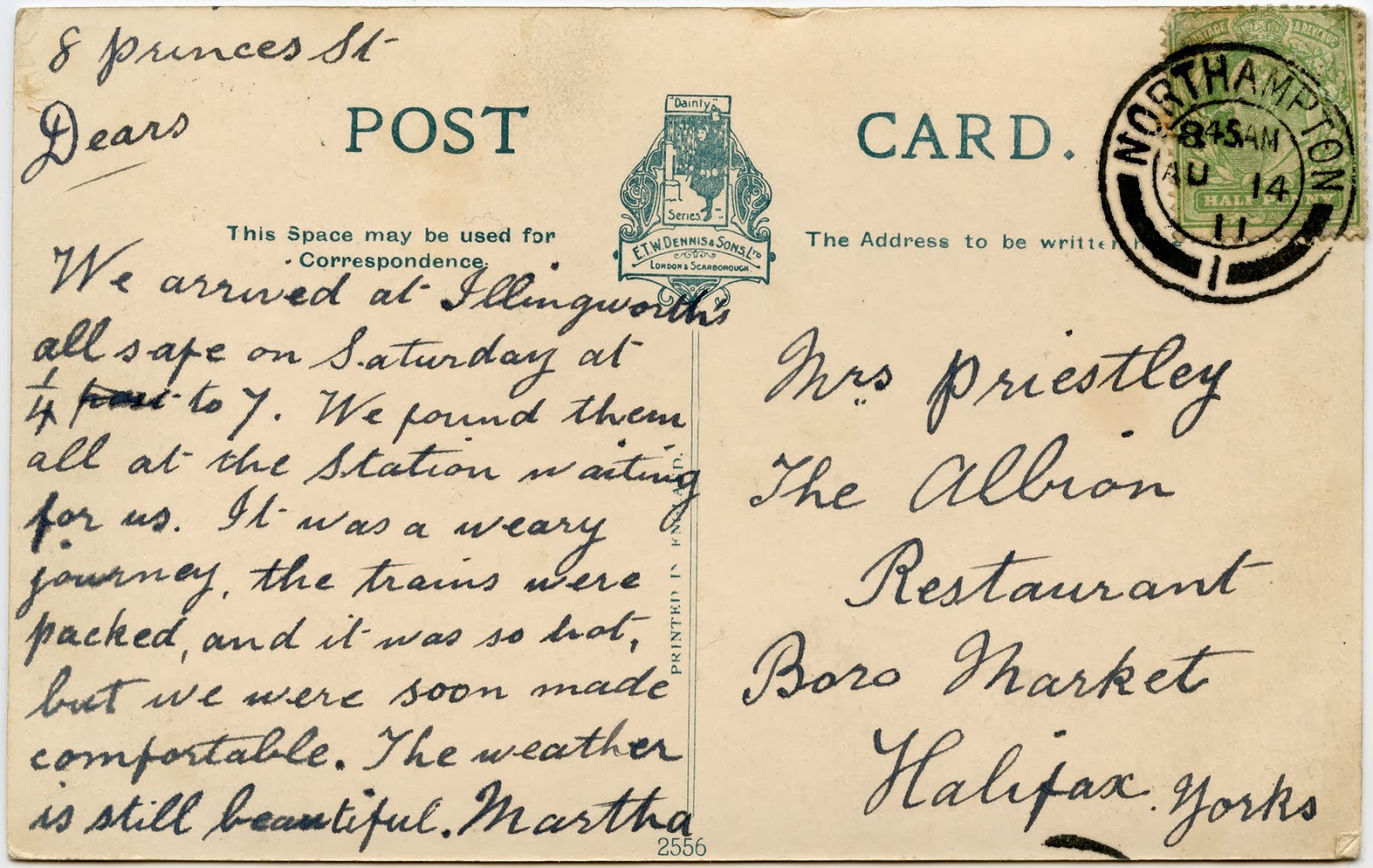 A little investigation suggests that Martha - the sender of the card - was staying with the family of Illingworth Grindrod, a Life Assurance Agent of 8, Princes Street, Northampton. Illingworth Grindrod (what a wonderfully Dickensian name that is) had been born in Halifax and had lived there before moving to Northampton, so the chances are that Martha was visiting relations.

And there we are : a little psychohistory can transport us back to that hot and humid day in August 1911 when Illingworth Grindrod and his family met Martha at Northampton Station. Just the kind of journey for a cold and wet afternoon in February.
at February 10, 2014