A Dozen Dollops Of History : 6 - The Story Of Maud And The Texas Rat Snake

My sixth found dollop of history (50 pence from the second hand shop) features a 1911 vintage postcard of Folkestone. 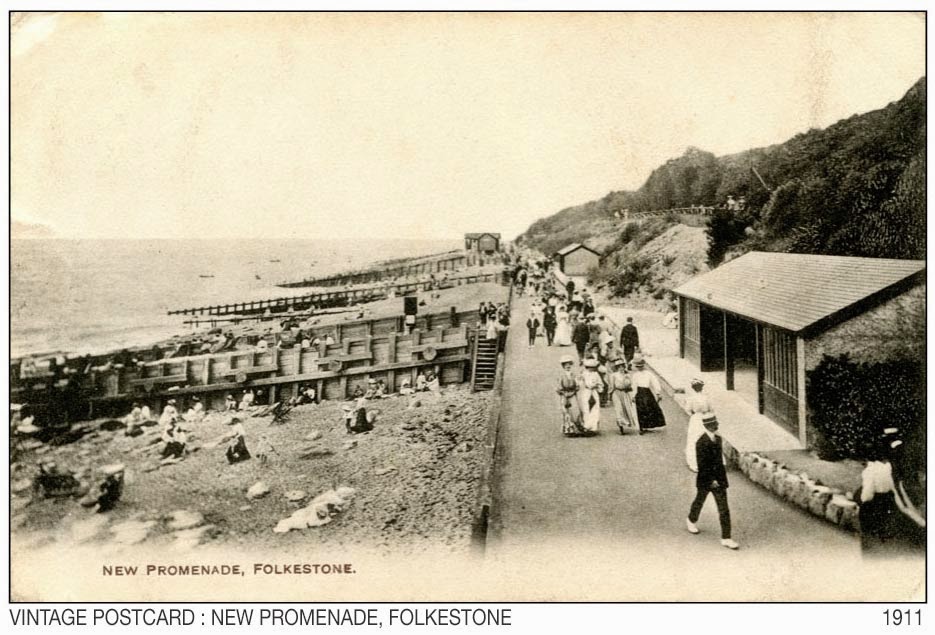 This is the second of the batch of old postcards that features the Kent seaside town of Folkestone but it is from a different sender to a different recipient. The card was sent to Miss L M Hardy of The Birchlands, Killamarsh, near Sheffield, and the message reads as follows:

12, London Street, Folkestone,  24 Aug 11
Dear Maud,
I am glad Babs is so enjoying her stay with you and I thank you all for making her happy. This is my third wk alone and I begin to feel quite used to it. I had last week in Canterbury. Reg is still there. These strikes have again interfered with your book and I cannot get the parts regularly. Love to all and all good wishes from yours affectionately,
Uncle Alex 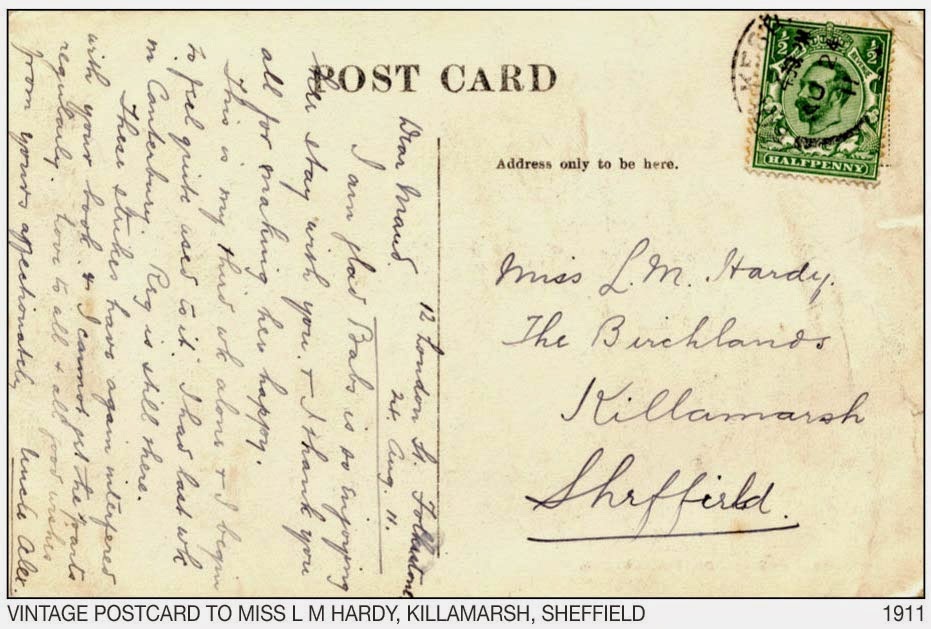 The strikes referred to will be the railway strikes that were taking place fairly frequently during the summer of 1911. The reference to the book is far more intriguing; from what Uncle Alex is saying it would appear that Maud is writing a book and sending the parts to her Uncle Alex. I have tried searching for any authors named Hardy living in Killamarsh at the time but without success. Someone called LM Hardy was a co-author of a book entitled "The Lone Star Field Guide To Texas Snakes", but this would seem to be stretching credulity about as far as a Texas Rat Snake.

As someone who once managed to write a fair proportion of a novel on the back of 172 postcards which was mailed to a mate of mine - who quite coincidentally lived just up the road from Killamarsh - I like to think I know where Maud was coming from - with or without her accompanying serpents.