Corinthian Columns Of Lino And Temples Of Non-Conformity 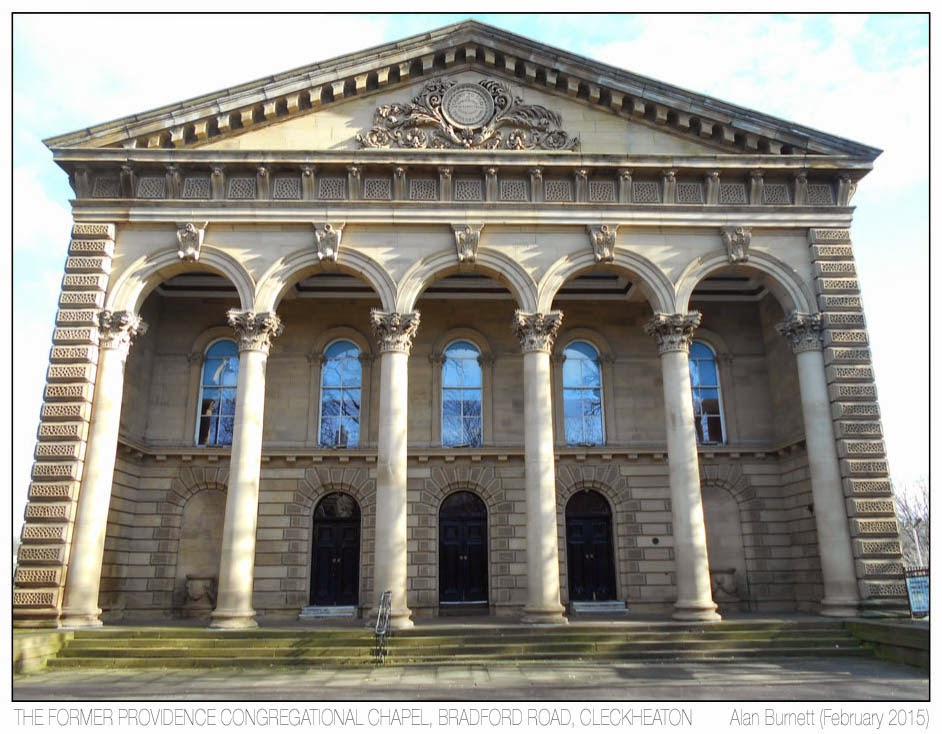 Take a quick look at the photograph and imagine where we might be. Athens perhaps, or maybe Rome. Possibly it is on one of the finer streets of London; a great gallery maybe or a finely endowed museum. Perhaps it is the home of an Earl or a Duke or some other long forgotten and seldom missed aristocrat. By now you will have read the description and realised that you are not in Florence or Paris, but in Cleckheaton.


Cleckheaton, hidden away up the non-conformist back valleys of West Yorkshire. It's a place where the established churches cling to the periphery and hope not to be noticed but where the chapels shout out with all the figure of a revivalist meeting. When they built the Providence Congregational Chapel in 1857 they didn't do things in half measures. They were proud chaps, those chapel elders, and if the Greeks and Romans could have Corinthian columns, then so could the folk of Cleckheaton. 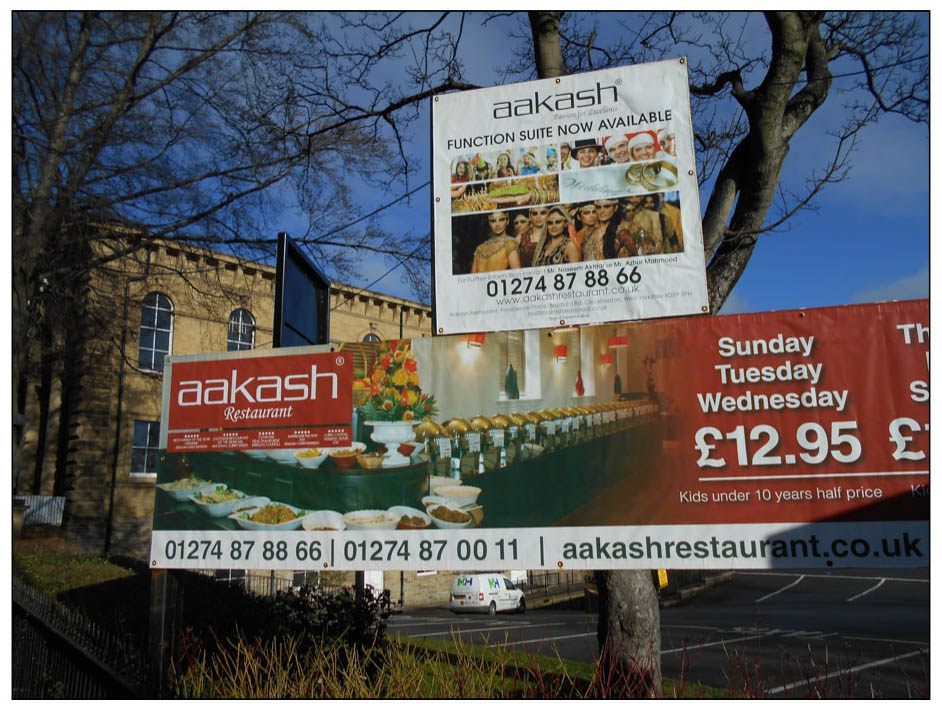 The chapel closed its doors to worshipers in 1991 and it looked as though it was destined, like so many other chapels in the Spen Valley, to be demolished to make way for a supermarket or a car park (amazingly enough, only the gateposts of this magnificent monument are listed). It was saved, however, by the most unusual of benefactors - it was transformed into the Aakash Restaurant and staked a claim to be the largest Indian Restaurant in the world.

Just a few hundred yards down Bradford Road, two cut-price carpet stores stand facing each other like shag-pile sentinels. Outside one stands a row of rolls of cheap linoleum mimicking the stone columns just up the road. It's a funny place Cleckheaton, a place where temples have been built to Indian cuisine and where linoleum paves the cobbled streets. 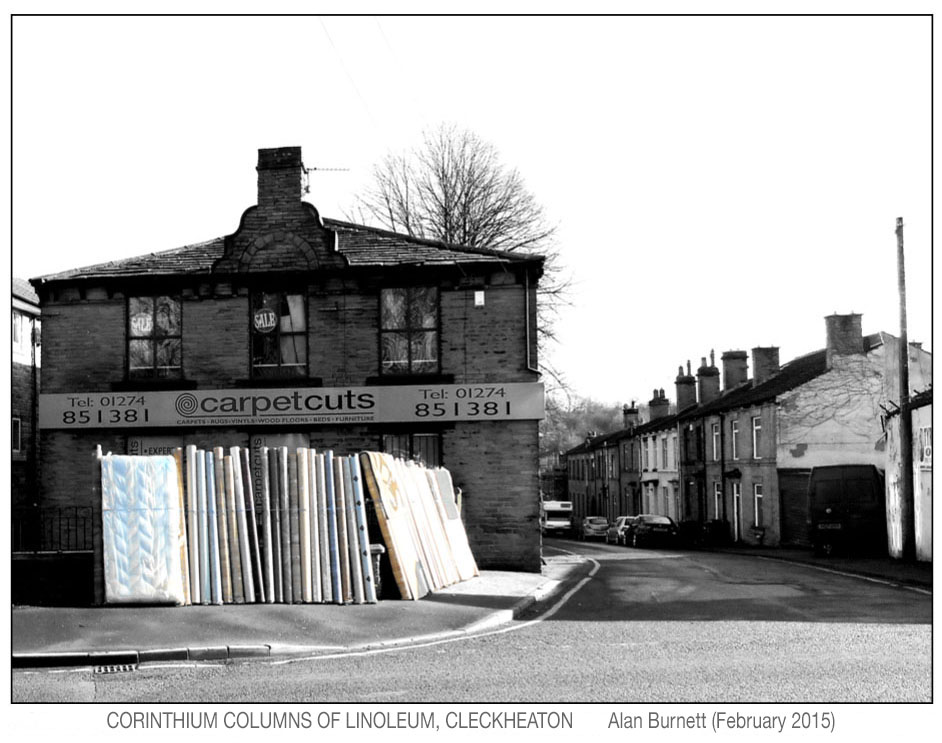