Defeating Google And Spending Your Blue Pension On Colourful Relatives

I spent a fair amount of time on Friday trying to track down the "feast" referred to on the old postcard I featured in my post "The Mills Are Silent And The Feasts Are Gone". I let loose the heavy artillery of the internet age, and searched Wikipedia and interrogated Google. I even trawled the limits of new technology and, using voice command, said to my iPhone "tell me all about the Huddersfield Feast". Although the response added nothing to my knowledge of possible local holidays, it did enlighten me on some of the salacious facts about the activities of a local priest.


But then on Saturday night I was sat in a pub on the far side of Huddersfield, enjoying a drink and a meal with a party of delightful in-laws, so I decided to circulate a short note amongst the gathering asking whether anyone new about a local feast that took place in September. With the speed of the very broadest of broadband, the answer came back: I must be referring to the Honley Feast which did, and still does, take place each September. So well done the Travellers' Rest in Brockholes, you have beaten Google at its own game .... and you serve up a fat better pint as well.

ONCE IN A BLUE PENSION

I was chatting to the chap next door this morning and we were complementing each other on living to see another day (it's the kind of thing you do when you get old). We were saying that one of the joys of retirement was that one day could happily be like any other - there was no need for high days and holidays when all days were equally high. But, he reminded me, one month was not necessarily like any other, because of the peculiarity of the British State Pension system. Whilst most occupational and private pensions are paid monthly and therefore on the same date each month, the state pension is paid every four weeks. One of the consequences of this is that if you are engaged in any kind of financial planning you need both a calculator and a set of astrological tables. But one advantage, we agreed, was that very occasionally you got a single month which would include two state pension payments - the pension equivalent of a blue moon. We went our separate ways - he to his garden me to walk the dog - trying to think of a name we could give this new phenomenon, but the best I have been able to come up with is a "blue pension". 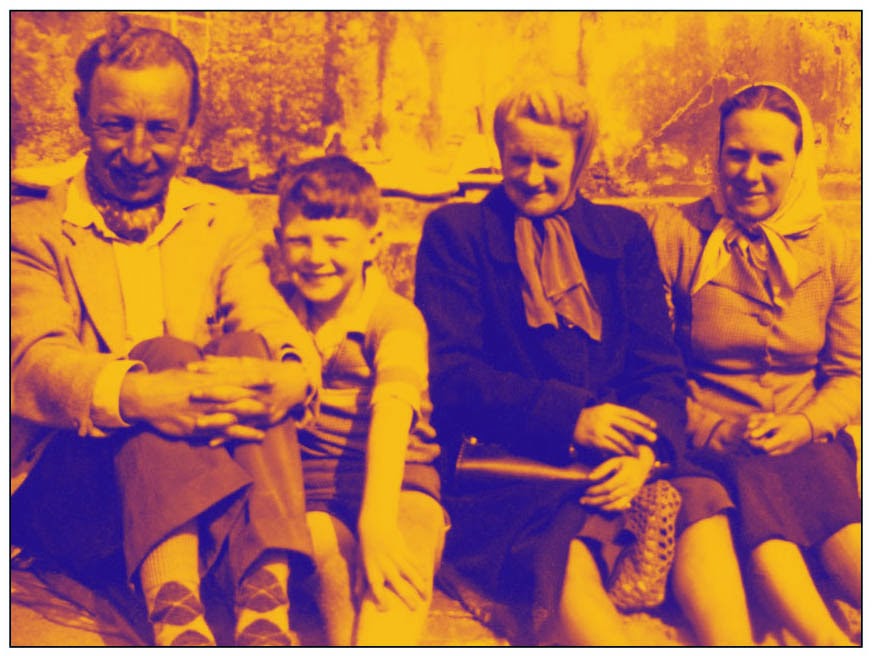 The problem with Photoshop is that it is addictive. You start off with just a little adjustment - something to take the edge off, something to get you through the night - and you finish up getting sucked further and further into the mire. Oh, there is nothing wrong with a little re-framing, a bit of selective cropping, or the removal of a minor scratch or two. But then you start thinking, whilst I am here, why don't I get rid of that troublesome mole Auntie Annie was plagued with all her life. And then there is Uncle Harry: looking less than his colourful self in this old black and white print. He wouldn't want remembering by history like this - if nothing else he was always though of in the family as a colourful character. Why don't I just change the colour balance a tiny bit, and whilst I am at it, why don't I just increase the hue? And that is the problem with addiction. You wake up in the morning knowing that you went a bit too far last night and wondering why poor Uncle Harry looks a bit off colour.