Henry Tanner And The Coping Stones That Could Cope With Anything 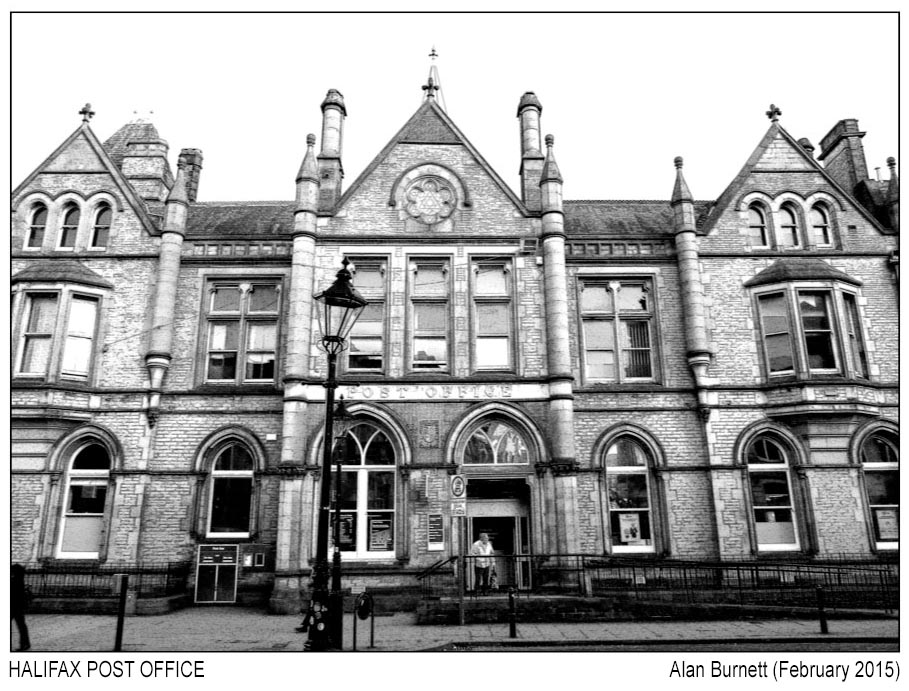 You can walk past a building 100 times and never notice it. In fact I have probably walked past Halifax Post Office 5,000 times and never really noticed it as a building. I have been in it, on occasions I have even worked in it, and never really noticed it. But I did the other day and I realised that it is a Camelot Castle of a Post Office. It has little towers and cupolas, bulls eye windows and coping stones that could cope with anything. It was designed by the architect Henry Tanner whilst he was serving as Surveyor at the Leeds Office of Public Works and opened in 1887. A contemporary newspaper report says that it "is a spacious building and has capital frontages to Commercial Street and Old Cock Yard". The cost of the building was £10,000, exclusive of the cost of the site.

When I was younger I worked on the Christmas post and would heave my heavy post bag each morning out of the sorting office around the back of the building and off to catch the bus to take me to my round.

Henry Tanner did not stay in Leeds for long. By the time the new Halifax Post Office was opened, he had returned to London and he want on to design many famous public buildings. He was knighted in 1904 and lived until 1935 when he dropped dead walking through his own front door one day at the age of 88.

His obituaries were sadly brief and concentrated on such things as his Chairmanship of the Royal Sanitary Institute and his Presidency of the Concrete Institute. Fine as these eminent positions may have been, I prefer to think of him as the man who designed the post office I have now started noticing.
at February 06, 2015