In Search Of A Dream In Heckmondwike 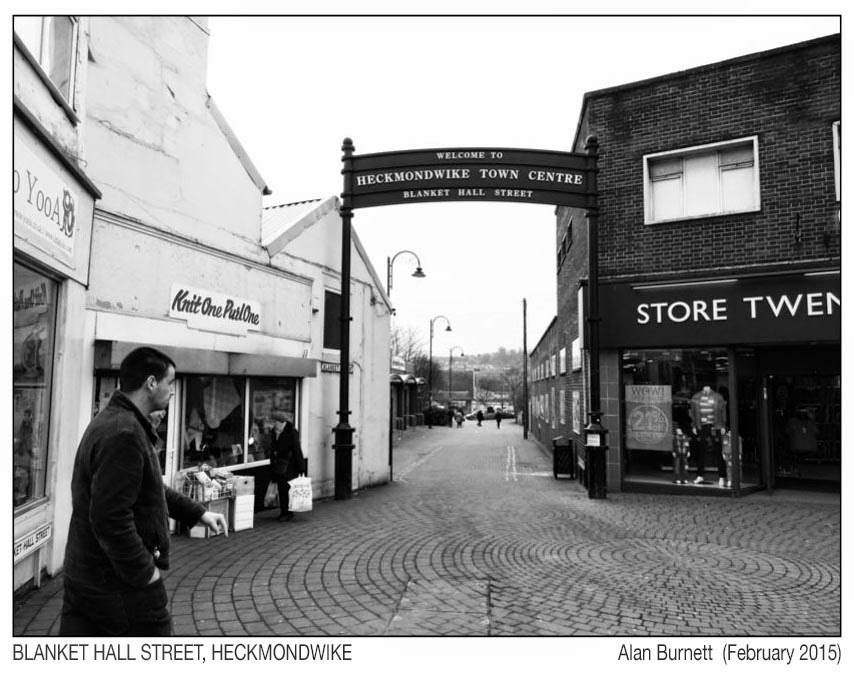 I have been in search of a dream. It is not a recent dream, indeed it is just a small element of a dream I had a long time ago. But like wet putty it has stuck in my mind. It is just the smallest scene of a dream, the plot of which I have long forgotten, but I can describe the scene with documentary precision. I am on a bus, sat on the top deck at the front, those seats which give you an almost IMAX intimacy with the outside world, when the bus enters a town. It is vaguely familiar, probably Yorkshire, certainly industrial. Although I have the feeling that it is close to home, it seems that I am seeing it for the first time. The buildings have a grandeur that is endearing rather than deserved, you feel as though they are the architectural equivalent of a tribute band appearing on a Tuesday night at a Working Men's Club. There is a town hall, a church, a chapel and some marble-faced banks. There are the types of shops that used to be run by people rather than commercial chains. The town holds out the prospect of further discoveries given an hour or two's exploration. But for reasons unknown I am unable to get off the bus so I promise to return at some stage in the near future and examine the place in detail.  And then I wake up and I can't go back because I can't remember where the town is.


For years I have been in search of that town. If the weather is fine and the afternoon holds out no better prospect than old re-runs of once-funny sitcoms, I will sometimes get in the car and drive off to some familiar but rarely visited settlement just in case it might be the town of my dreams. Today I went to Heckmondwike. It wasn't.
at February 12, 2015