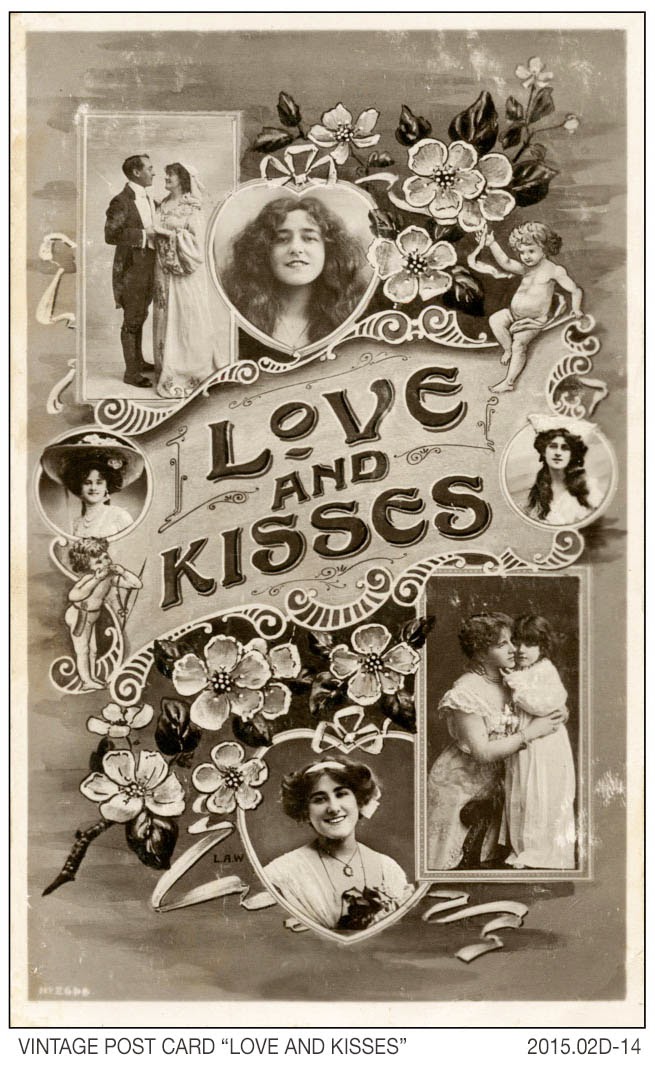 It is St Valentine's Day and on Sepia Saturday we are having a topical theme this week. And if you are in search of slushy, over-the-top, saccharine-sweet sentimentality, where better to find it than in that first decade of the twentieth century that was the apogee of kitsch.

In a time when postage was quick and cheap, telephones were rare, and people for the first time were beginning to move away from their home town and villages, picture postcards met an important need. Despite what myopic correspondents to the Daily Telegraph might think, prior to the age of text messages and Facebook, there did not exist a golden age when people would put fountain pen to paper and write long, intimate, copperplate letters. They scribbled quick notes on the back of postcards: notes that had dubious grammar, inventive spelling, and were peppered with cult abbreviations.

This card - which comes from the collection of my Great Uncle, Fowler Beanland - is probably not a Valentine card. But when messages bounced back and forth on a daily basis, people didn't feel the need to save their love and kisses for a designated day. 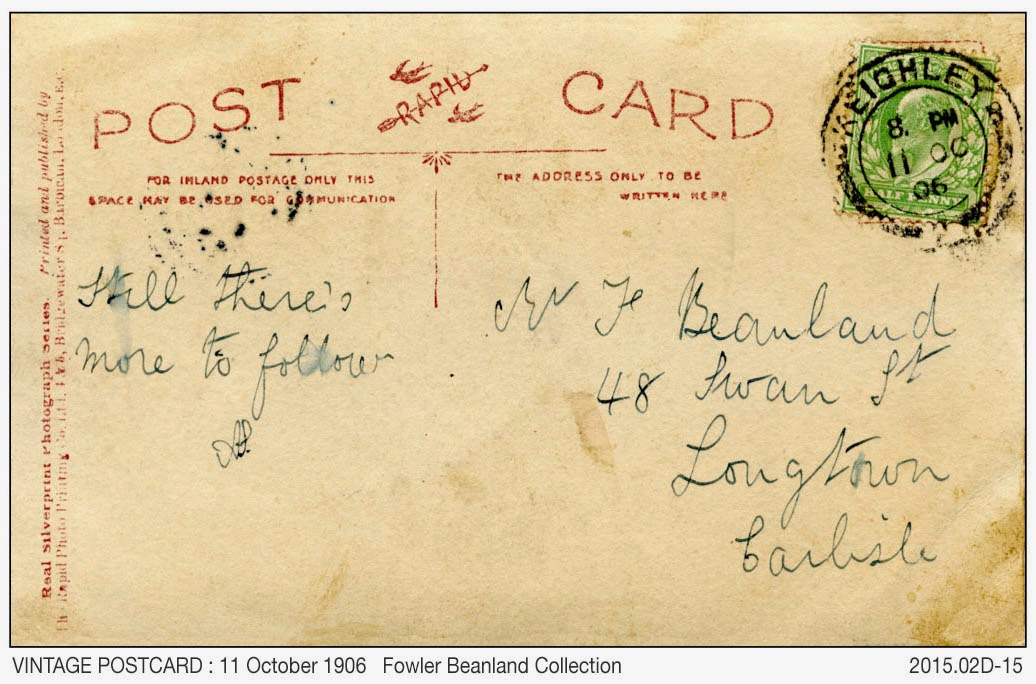 And what a promise the message holds out! When the card was sent, Fowler was 34 years old and working in Longtown in Cumbria as a spindle maker. But whatever was to follow it did not include marriage and children and all the usual things. Fowler remained a confirmed bachelor, dying at the age of 87 back in his home town of Keighley. Happy Valentine's Day, Fowler.

For more sepia Valentine posts, go to the Sepia Saturday Blog and follow the links.
at February 14, 2015