Sepia Saturday 312 : Shape And Size And The Angel Of Enlightenment. 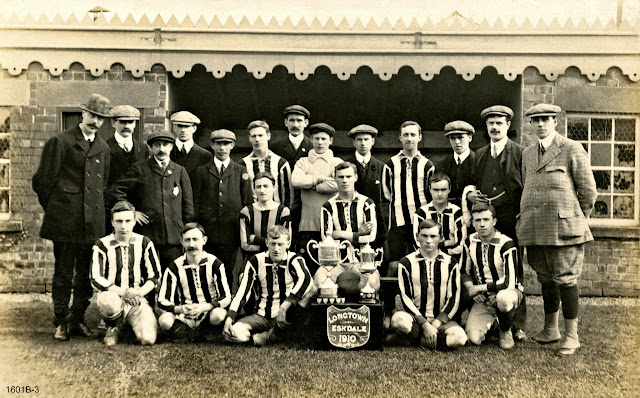 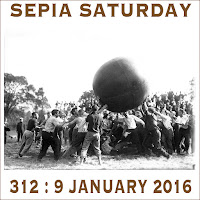 Our Sepia Saturday prompt this week features a photograph of a 1910 "pushball competition" at Miami University. I am not entirely certain what pushball is, but it would appear to involve a lot of grown men doing silly things with a ball. And that is just the description a lot of people  - uninitiated in an understanding of the finer aspects of sporting prowess - apply to the beautiful game of football (or, to those from foreign shores, "soccer").

At almost exactly the same moment that those Floridians were hoisting that ridiculous ball into the air, a more sober group of young men from Longtown in Cumberland, England were sitting down to have their collective photograph taken. When I first chose this picture to feature - selecting it from the fine collection of picture postcards gathered by my Great Uncle, Fowler Beanland, I felt rather pleased with myself having discovered another old photograph of participants in the beautiful game from the Eskdale area of Cumbria. I had previously featured - way back in Sepia Saturday 27 in June 2010 - a picture of the Eskdale Juniors Football Team from the 1905-6 season. 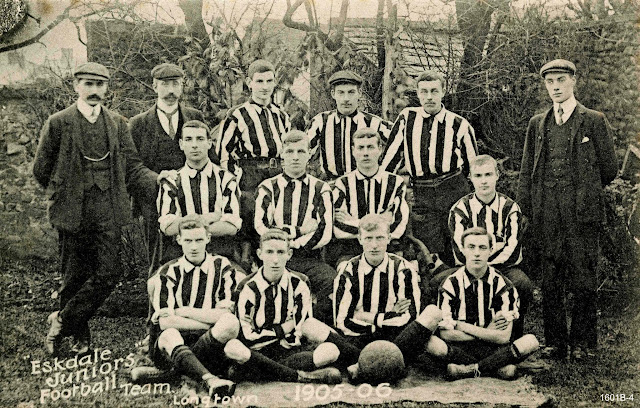 But, as always for the scanner of old photographs, it is not the devil that is in the detail, but the angel of enlightenment. Look closely at the shape of the ball in that first photograph and you realise that it was not the beautiful game they were participating in, but its rougher first cousin - rugby football. 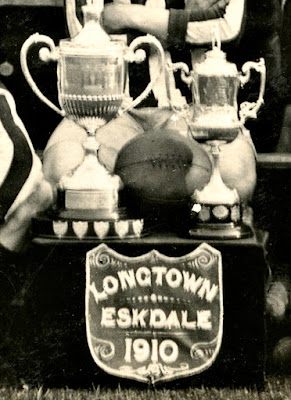 Whether the ball is round or oval shaped, whether it is big or small: the old photographs capture a unique moment of time and preserve them forever. To see more moments preserved, take a trip over to the Sepia Saturday Blog and follow the links.