Sepia Saturday 311 : Eiderdown And Out 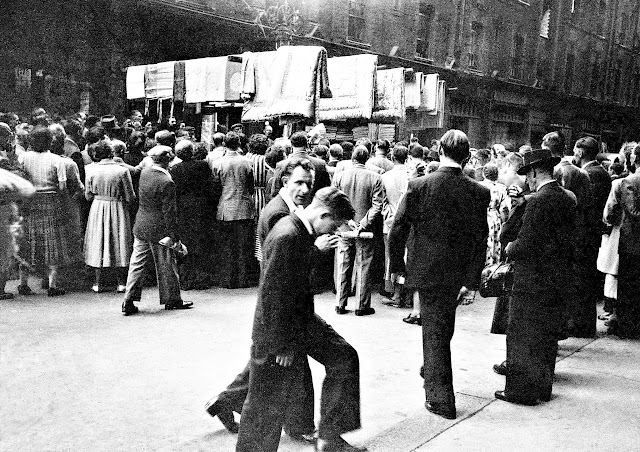 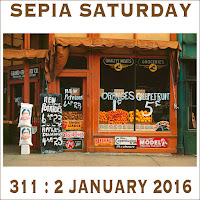 Our first Sepia Saturday theme image of 2016 features a colourful shop front advertising a tempting variety of fruit and vegetables and I am matching it with a less than colourful photograph of what I assume is a shop front which appears to be selling a selection of blankets and eiderdowns. I am not sure whether I need to explain what an eiderdown is - the pace of change in fashions and language seem to convert the familiar of my youth into instant history - but think of it as a kind of quilt which, predating central heating, lay on top of the usual collection of sheets and blankets.


From the size of the crowd, I can only assume that some form of street auction was taking place, although a number of other possible explanations might spring to the fertile mind. This, of course, is the delight of unknown old photographs - their significance is constrained merely by the extent of your imagination. The image is from an old tiny negative which was part of a large job lot I recently bought on eBay. I would guess that it dates from either the 1930s or 1940s and I suspect that it is a street somewhere in Britain, although I have no evidence at all to support this.

Stripped of its time, its place and its significance we are left with just the image itself to enjoy, along with some delightful speculations as to what the two chaps in the centre foreground are talking about. Such speculation is the stuff of Sepia Saturday, and more of the same stuff can be found by following the links on the Sepia Saturday Blog.
at January 02, 2016