A Bicycle Tour Around Some Edwardian Faces 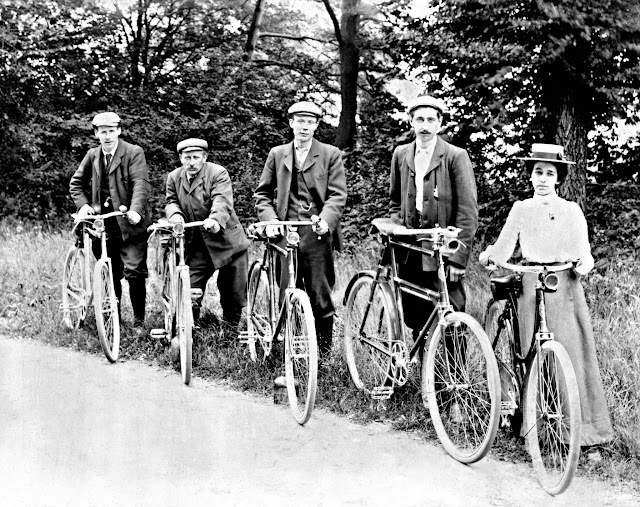 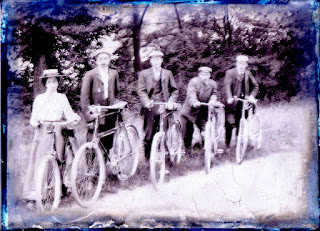 The level of detail you get with a high resolution scan of such a large negative is rather impressive. This could almost be a modern group of cyclists dressed in Edwardian costume indulging in some kind of historical re-enactment. No doubt the cyclists out there will recognise the bicycles and I suspect that they will be harder to source these days than costumes. 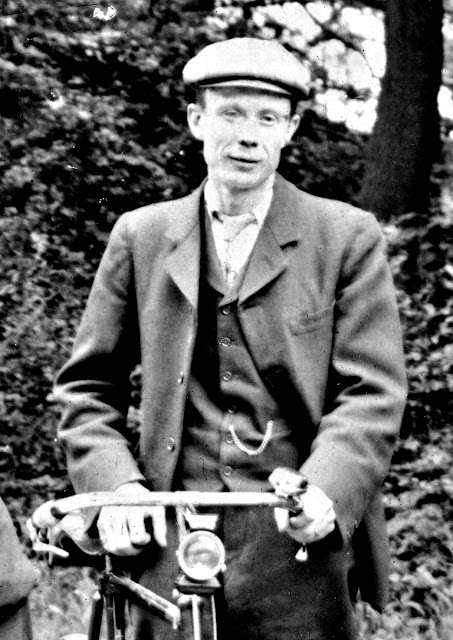 Who they were or what outing they were on will remain a mystery. But the quality of the image almost allows us to join them on their day out. Take a few moments to click and enlarge the original scan and take a tour around those Edwardian faces. But don't take too long: it will soon be time to get back on your bikes and start peddling.