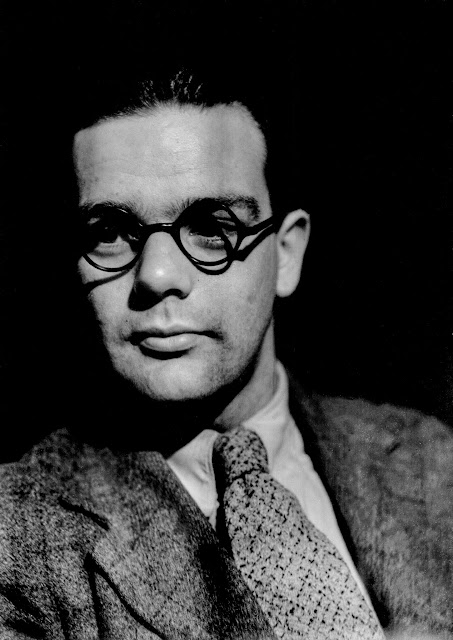 A strong face of the 1930s emerges from this glass negative. The photographer has managed to pass down the generations that the image was created with an exposure of three seconds at an aperture of f4.8 and he (or she) even tells us that there was a 60 watt light bulb five feet from the subject. Having told us all that, they have forgotten to tell us who the sitter was. We will have to leave it to our imagination.

A photograph of the novelist Daniel Thornily, taken at the height of his fame a few months after the publication of the second volume of his "Masters of Bainbridge" trilogy. A year later, Thornily was to marry the actress Celia Lester, a liaison that was to bring tragedy to both parties. The photograph was taken by Edna McBrian at her studio in St Albans.
at July 21, 2016