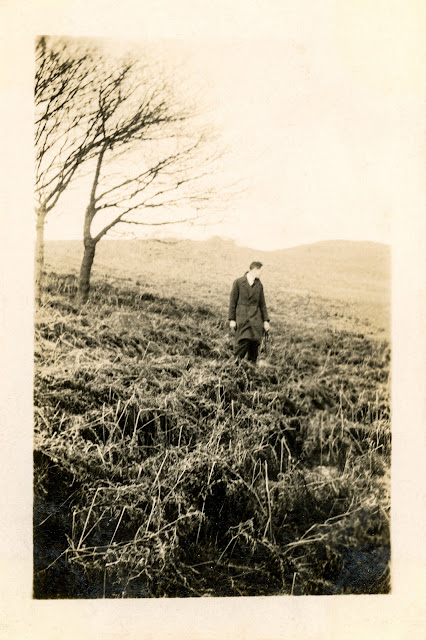 An old photograph of a young man walking near Ruperra Castle in Wales in 1932. The photo is entitled "Oaks and Stone", but that poetic title is the extent of my knowledge.

This is a print from a tiny album of photographs taken in 1932 at Ruperra Castle in Wales. Whoever took the photograph has given it the rather poetic title "Oaks and Stone", and the subject has adopted somewhat aesthetic pose. During the early 1930s, the castle was the property of Evan Morgan, 4th Baron and 2nd Viscount Tredegar. Morgan was a noted poet and eccentric and a friend of people such as the poet, Lord Alfred Douglas; the painter, Augustus John; the socialite Nancy Cunard; and the author, H G Wells. Our figure is clearly none of those, but I would happily give an oak dresser or a stone jar to know who it was. 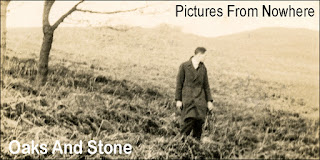