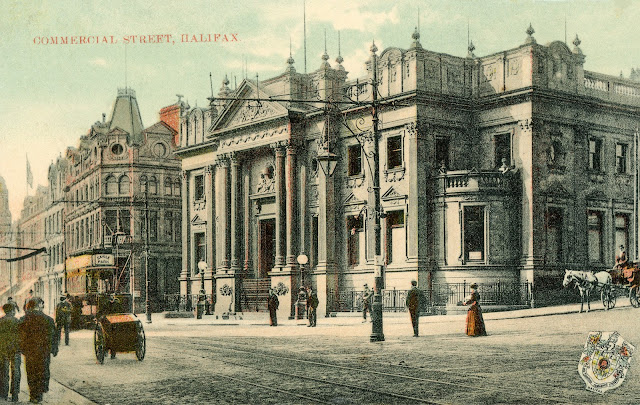 When it came to buildings, the folk of West Yorkshire favoured banks and chapels; temples to the soul and to commerce; brass and bibles.


This fine building was erected in 1898 for the Halifax and Huddersfield Union Banking Company. To make way for it, part of Somerset House was demolished, but architectural vandalism can perhaps be excused if the vandals in question have decent taste. Today it hangs on as the premises of Lloyds Bank, but in an era of ATM's and on-line banking who knows how long it will be before it becomes an empty and soulless shell. 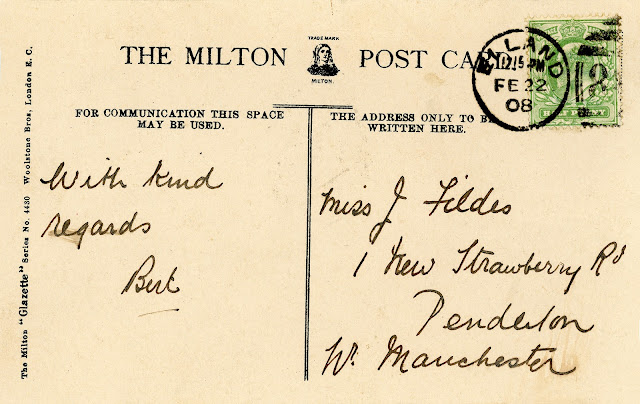 The card was used in February 1908 for Bert to send his "kind regards" to Miss Fildes of Pendleton, Lancashire. The likely recipient of his regards was Jessie Fildes a twenty-five year old hand weaver. There is a record of a Jessie Fildes marrying a Albert Torkington in 1918, but whether this is the same Jessie and Bert, we may never know. It it nice to think, however, that those kind regards bore fruit. 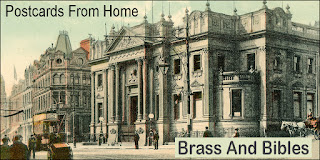