Time For A Change 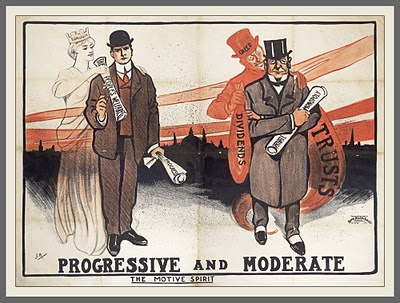 It is a momentous week here in Britain. A feeling that change is long overdue is in the air, wafting like a springtime breeze and stirring up the dust of complacency. There is an acceptance that things have been left to stagnate for far too long and that now is the time for decisiveness and strong government. There is a belief that conventions, which may have served us well in the past, now need to be thrust aside in order to forge new paradigms and erect new frames of reference. Indeed, it is time for a change.
I am talking, of course, about my blogs. You will no doubt recall that a few weeks ago I launched a period of soul-searching in order to decide whether to continue to maintain all my diverse individual blogs or whether to let loose the dogs of consolidation. You may also recall that I, for a time, engaged in a bout of mild flirtation with a federal solution but eventually grew tired of that rather cumbersome and artificial beast. It is now clear that I cannot put off this vital decision any longer : decisiveness is the order of the day. In the words of that old Ukrainian proverb : "The wingless chicken must befriend the predictable mule".
In the spirit of the times, I have decided upon a bit of a compromise. I will form a grand coalition of two of my blogs : News From Nowhere and A Pint of Best, whilst leaving the Daily Photo Blog as a separate entity. The latter will change slightly however, becoming a daily showcase for not only my own photographs but photographs from the great on-line photographic archives of the world. Fat Dog To The Big Apple will remain a separate enterprise, albeit a slow-moving, stumbling, stop-and-start kind of enterprise. None of these changes will affect the Sepia Saturday Blog, which I merely administer on behalf of the wider community.
So, there we are. The British people have spoken. The time for change has arrived. And in the words of the old French proverb : "plus ça change, plus c'est la même chose".
at May 03, 2010