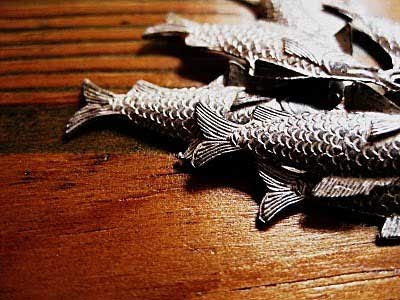 They say that time heals. It doesn't. Maybe time causes the wound to scab over, providing a degree of protection so that a form of life can carry on : but it doesn't heal. Given enough time, the scar might fade : but still the pattern of the trauma is traced on each new layer of epidermis with all the assurance of a tattooist's needle : it never heals. The pain can resurface in response to the most oblique summons. A voice that mirrors a long silenced voice. A look. An object. And that power of the pain of loss to reappear with all of its original force hardly blunted, does not diminish with time. Such pain is not subject to an inverse square law : such pain is a universal constant. Ask Beth, she could tell you. She could explain how a sound could transport you back thirty years. She could tell you how an object can move your fragile emotions faster than the speed of light itself. Ask her. Ask her as she sorts through that tray of bracelets, charms and rings. Ask her as her fingers brush the leaden-grey gills of the tiny fish.
* * * *


It had been hell. It was hell. The waves, barbed with ice crystals, smashed against the wailing timbers of the "Agatha Jane" with a remorselessness that bordered on persecution. Matt told himself that they would make it, that things would come right. This was the Irish Sea not some far flung herring bank in the Arctic Ocean. If it had been possible to see through the driving rain, over the raging peaks of water, through the darkness of the night, home was but a few dozen miles away. But home was a lifetime away, and he knew with a certainty that sent a chill down his spine that matched the coffin cold of the sea spray, he knew that home was a life away. He knew that the forces acting against him were too strong. He knew that what was being acted out here, ten miles south-west of Chicken Rock Light, was merely another scene in an age-old play that relentlessly proved the dominance of the forces of nature over the designs of men. He knew that he would lose all : his home, his family, Elizabeth, his future. All for the leaden-grey gills of these cursed fish.
For more interpretations on the theme go to the Magpie Tales Blog
at May 25, 2010