Back Down By The Italian Gardens 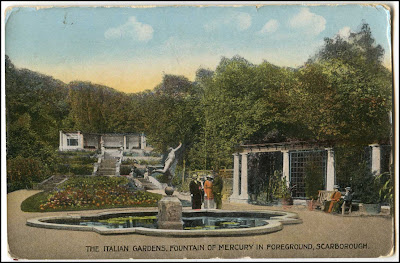 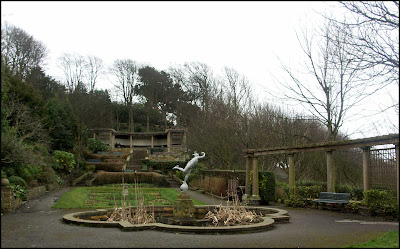 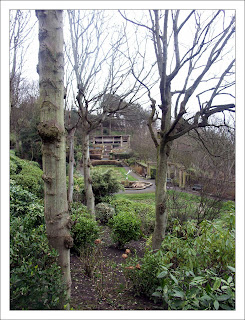 As we walked down the steep path, turned a corner and spotted the Italian Gardens through the trees I knew that nothing had changed. Maybe the group that stood near the pond had grown old and departed, but the couple on the bench had merely moved to a bench higher up the hill. Council cut-back had meant that the flower beds had been replaced by utilitarian grass, but otherwise this strange hidden grotto was almost unchanged. Luckily I had a local guide, otherwise I would have never found it, hidden away as it is half way up a cliff side. Mercury still reigns supreme : he's hardly moved in ninety years, which given the icy winds that blow straight in from the North Sea, is quite an achievement.
Scarborough, these days, is Pension Town, and wherever you go you see old people slowly walking along half-forgotten promenades being buffeted by a prevailing wind which last saw land-fall in Scandinavia or the Baltic States. But these are hardy folk, Yorkshire folk who refuse to die until their money is spent. My Auntie Amy used to live not half a mile from where the Italian Gardens are situated. She married a widow-man who owned a little flat, near enough to the sea to hear the seagulls scream. She was 82 when she married, he was ten years older. They enjoyed a good eight years together before he finally died. If you can stand up against that North Sea wind you can stand up against most things. As I say, hardy folk.
at March 07, 2011