The Pointless Life Of An Odd Fellow 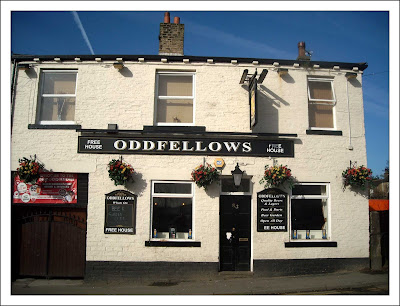 One of the great joys about leading an aimless and pointless life is that the mind is free to go where it wants. You can walk the dog down a village street, pass a pub and become fixated with its name. You can abandon your plans to dig the garden, iron The Lad's trousers and/or write another page of the Great Novel Of The Twenty-first Century, and spend the day reading about the Oddfellows.
I am not sure whether they have Oddfellows in the States, Australia, New Zealand, Canada, Old Sodbury, or any of the other strange places my Blog is followed, but they are an old Friendly Society (or Mutual Society) which was particularly active in the nineteenth and early twentieth century. In the days before the Welfare State or trade unions, ordinary workers would pay weekly sums into such organisations and receive help at times of sickness or unemployment. If nothing else they would provide a small sum for a decent burial when your time came and this avoided that most feared of events - a paupers' funeral.
During the Middle Ages, master craftsmen in the various trades - Drapers, Masons, Dyers, Brewers etc - set up Guilds to protect their interests, but membership was restricted to the relatively wealthy and ordinary workers tended to be excluded. Such workers would set up rival Guilds, not of Masters but of Fellows, and they would meet in the large towns and cities. But in the smaller towns and villages there were not enough dyers or drapers or whatever to justify a series of separate guilds of fellows so joint guilds of "oddfellows" were established. In was these local organisations that developed into the Friendly Societies of the eighteenth and nineteenth century that took the name "Oddfellows". And the pub were they tended to meet would often take on the name of the society itself - The Oddfellows.
I have written in the past of how throughout my life I have waited - in vain - to be asked to become a member of that other Victorian Friendly Society, the Royal Antediluvian Order of Buffaloes. I have now come to the conclusion that I am perhaps more suited to the Oddfellows and I am awaiting the call to be inducted. And if the call doesn't come, at least I can nip down to the Oddfellows for a pint.
at March 02, 2011

Bowling Along Through Halifax

The ability of old photographs to spark memories never ceases to amaze me. I tracked down this old colour slide yesterday after someone, qui... 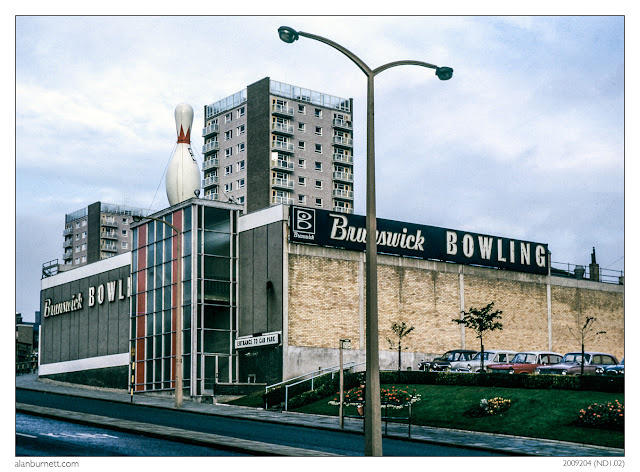