All We Need Is The Memory 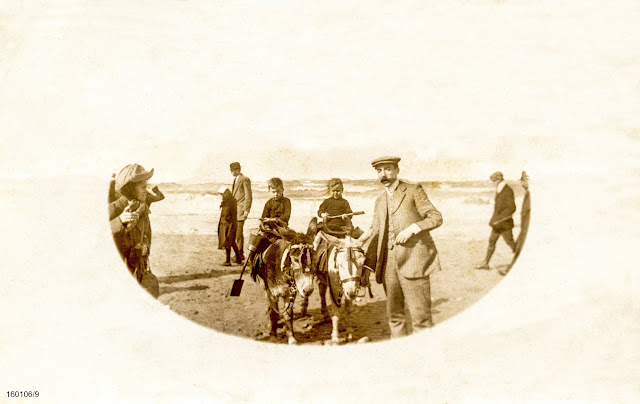 Normally you have no idea who is featured in the old photographs you buy in second-hand shops and on-line auctions, and often that is part of the fascination of them - the anonymity provides the blankest of canvases for your imagination. But in this case we know precisely who the two young children in this photograph are - they are the young cousins of Mary Emma Clayton of Norfolk Road in Sheffield. 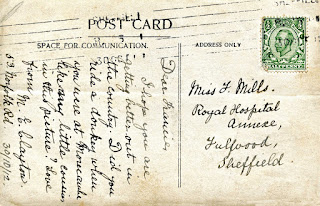 We know this because the original photograph was converted into a postcard which Mary sent to her friend Francis Mills who was in the Royal Hospital Annex at Fulwood in Sheffield. The card was sent in 1912 - although I suspect the beach photograph predates that by a decade - and at the time the Fulwood Annex was a convalescence unit for the main Royal Infirmary. We used to live quite close to Fulwood and by then it was very much part of the city of Sheffield as against being "out in the country".

We will never know if Francis recovered and moved back into the city or got to ride a donkey on Morecambe sands. But we don't need to know - all we need is the memory. 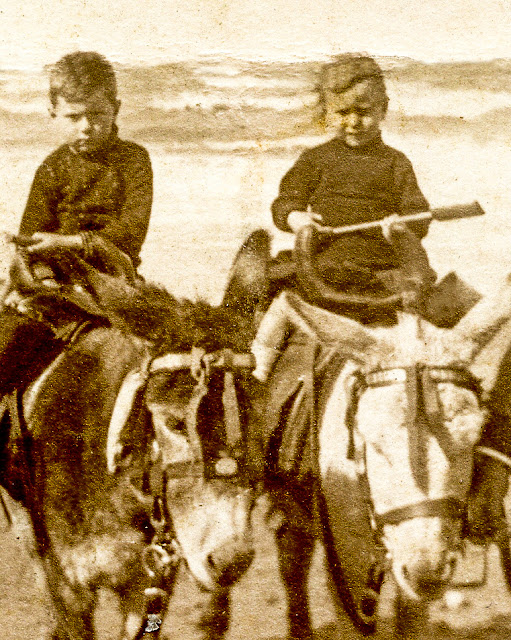