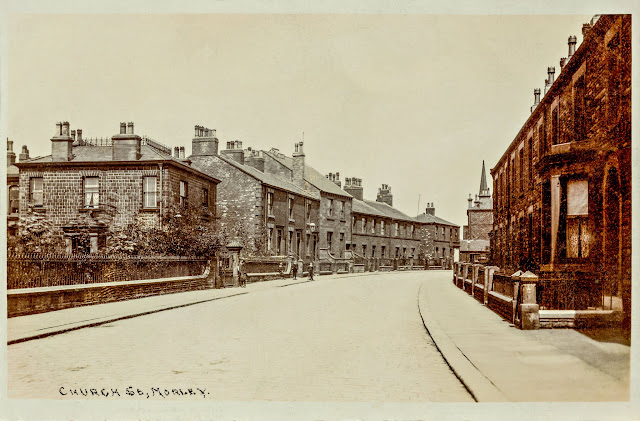 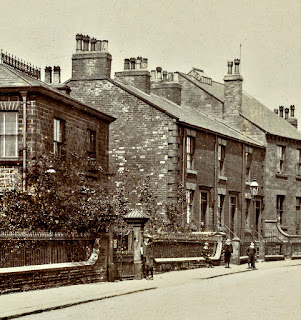 During that first decade of the twentieth century - the decade of the picture postcard - the frenzied desire for postcards to send here, there and everywhere soon used up all available stocks of scenes of pretty woodland and sterling castles. And as postcard albums got their fill of views of Edinburgh's Royal Mile or Harrogate's Regal Baths, local photographers became more adventurous in their selection of views to temp their customers with.


I don't have anything against Morley (on the outskirts of Leeds), but it must be said that this view of Church Street must be well down the postcard pecking order. Even the obligatory waifs and strays who stare back at every Edwardian photographer, seem to look in wonderment about the choice of subject.


As far as I can make out, that is St Peter's Church in the background and in front of it are ... some houses. If you were take the same photograph today you would see sign boards advertising "Shake, Latte And Roll", the "Image Hair Studios" and a nail bar called "Nail'd It". It would be a little brighter and a little more lively. But alas, it would be too late - picture postcards have had their day.
at August 09, 2016