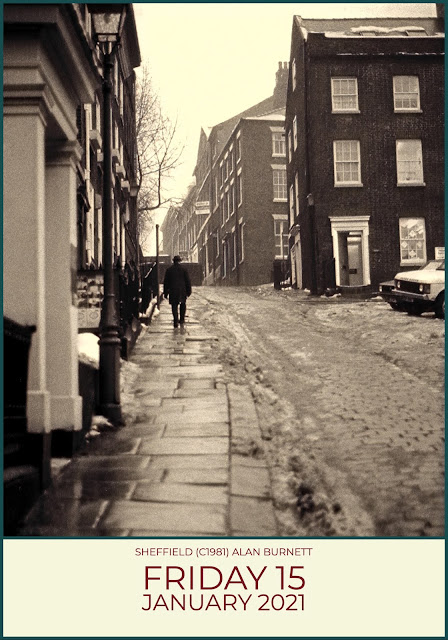 If you ask me where I come from, I will say Halifax: even though I was not born in the town. For the first five years of my life, I lived far away in Bradford, and we only moved across the border when I was five. Even though I wasn't born in the town, and I have not lived there most of my adult life, Halifax is where I spent my formative years, and therefore my home. My son was born in Sheffield, and even though I managed to get him back to the Halifax area by the time he was five - and keep him here for those self-same formative years - by the age of eighteen he had gravitated back to the steel city. If I ask him where he comes from, he will probably wave his Wednesday scarf in the air and say Sheffield. I will often show him my old photographs and ask him to identify the location. If they are of Halifax, he will shrug his shoulders with the kind of indifference that only a non-native of the town can muster, and ask for pictures of that southern city he calls home. So, today's calendar picture is for Alexander - where is this? It is somewhere in the city (or it was when I took it forty years ago), but where? I have removed the street signs so as not to give it away. (Note to Sheffield Council: when I say removed, I mean removed via Photoshop rather than a bolt-cutter and crow-bar).