Murder Most Foul In Tenerife 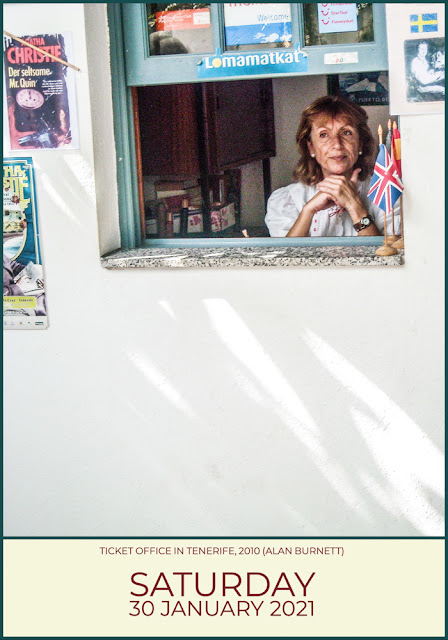 My desktop calendar image today features a photograph I took ten years ago whilst visiting an ornamental garden in Tenerife. Why I took a photograph of the ticket office, I don't know - it was one of those instinctive shots that sometimes works .... and more often, doesn't. I like to think it did this time, although I would have difficulty explaining why. There is something about the Agatha Christie posters, the Union Jack and the expression of the ticket seller. Murder most foul in Tenerife.