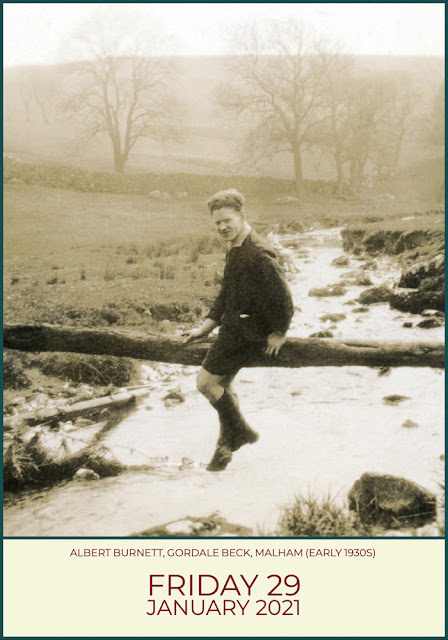 On Sepia Saturday this week, the theme image is of a waterfall. I have a twofold submission - two photographs which, I believe, were taken within minutes of each other some ninety years ago. One shows a waterfall, the other a possible fall into water. 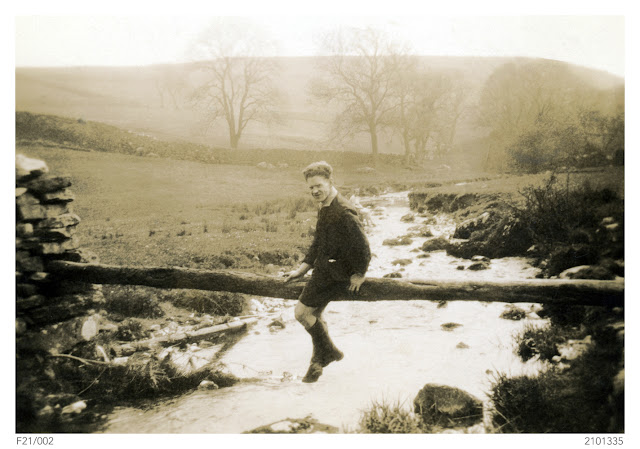 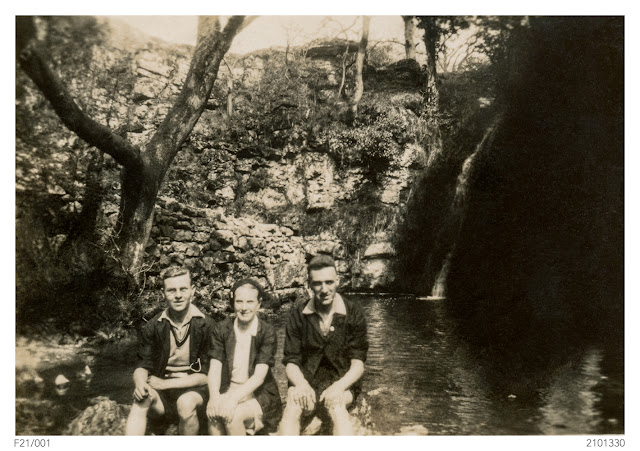 Although I have been scanning old family photographs for more than a decade, there are still some that remain unscanned, uncategorised, and unshared. Today I get to share two, both of which, I believe, were taken on the same outing almost ninety years ago. From the youthful and recognisable handwriting on the back of each photograph, it appears that I did question my parents about the location of the trip, and therefore I know that the first shows my father, Albert, balanced astride a log bridge over the Gordale Beck, near Malham in North Yorkshire, whilst the second shows my mother, Gladys, along with two companions sat in front of Janet's Foss Waterfall near Malham Tarn.

There is a quote from Albert Einstein in which he says "Photographs never grow old .... How nice to look at a photograph of mother and father taken many years ago - you see them as you remember them". This is a classic example of Einstein being tripped up by his own theories of relativity. These photographs are not of my parents as I remember them - these are unknown people who grew into my parents fifteen years later. Photographs can grow old and they can grow young as well. This could have been Einstein's Photographic Theory of Relativity if he had taken the trouble to sit down and think about it.