Fooling Around In Keighley 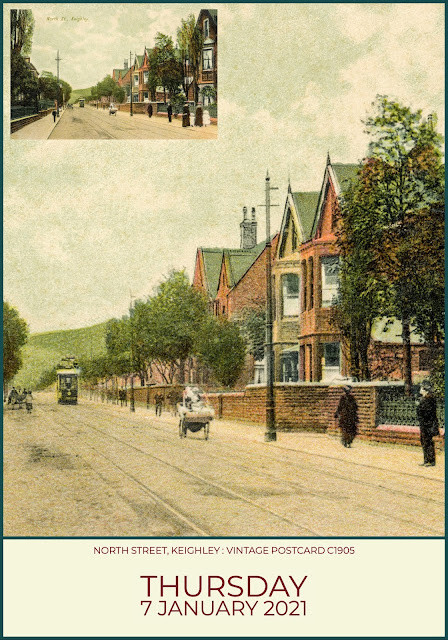 My love of old vintage picture postcards goes back to my childhood when I would accompany my mother on occasional visits to her uncle, who lived in Keighley, the town of her birth. Fowler Beanland, who was always known in the family - without any trace of sarcasm - as "Uncle Fooler", lived in what was at the time, a smart terraced house a few minutes walk from the town centre. I would look forward to such visits because the preferred way of keeping me quiet whilst the grown-ups discussed family matters, was to let me look through Fowler's album of old postcards. He had collected these postcards during the great postcard-collecting craze of the first decade of the twentieth century. When I used to look at the album, when I was a child of six or seven, they would appeal to me because of their colour and their depiction of exotic locations such as Rochdale, Carlisle and Blackpool. Later, when I inherited the album, they would appeal to both my love of old photographs and my fascination for family history. I still have the collection intact, and I look forward to passing it on to my grandchildren. My desktop calendar image today features just one of these postcards, a view of North Street in Keighley in the early 1900s.
at January 07, 2021