Searching For Balance On A Canal Towpath And Discovering Thermodynamics 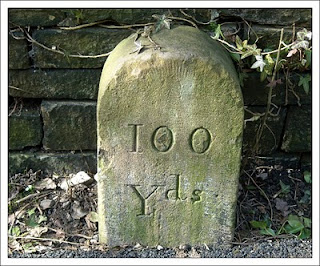 I was musing on this problem yesterday whilst I took Amy The Dog for a springtime walk along the banks of the Calder and Hebble Navigation Canal just down the road in Brighouse. The canal is a grand old piece of industrial archeology, over 250 years old and brimming with history. The stone markers (above) that record the distance to the next lock deserve to be preserved behind a glass case in a museum, but - I am glad to say - are not. 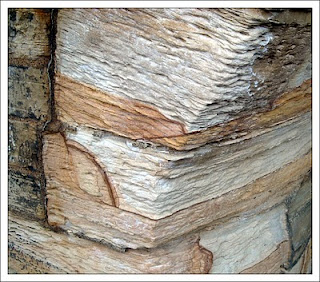 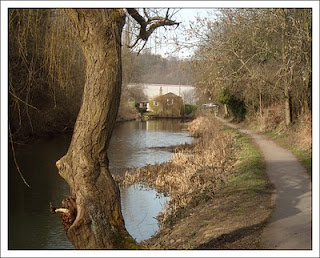 And there is the sheer tranquility of a place where a rich vein of nature intrudes into the original testbed of the industrial revolution. My third picture shows the lock-keepers cottage at Ganny Lock a few miles east of Brighouse. In the background you can just make out a featureless concrete warehouse defiling the rustic romance of the scene.
But hold on a moment. When the great eighteenth century civil engineer John Smeaton, designed the canal his proposals represented the very latest thing in technology. His plans were opposed by many a land-owner who believed his stone-lined cut would ruin forever their slice of nature. But Smeaton was a modernist who worshiped at the altar of progress. Not only did he build canals, bridges, harbours and lighthouses, he was also a noted physicist. Did you know, for example, that old John Smeaton was responsible for some of the most important developments in the theory of thermodynamics in the eighteenth century. Without his work it is unlikely that the Wright Brothers would ever have managed top get their plane to fly. It all revolves around what is known as the Smeaton Coefficient (k) in the equation L=kV2ACl, where L is ....... Alright, I will stop right there. I don't want to lose my balance do I? Especially when I am walking along a canal towpath.
at March 19, 2010

Email ThisBlogThis!Share to TwitterShare to FacebookShare to Pinterest
Labels: ABP