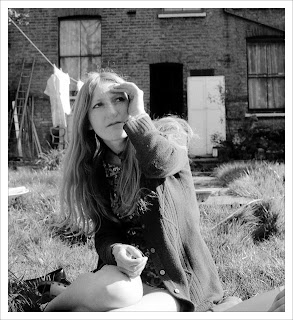 A few months ago, my good friend Jane Gordon-Cumming let me read the outline to a new book she was planning on the life of her grandfather and grandmother. Having read the opening chapter I was hooked and I was also convinced that she was on to a winner.


Well I was right, because last night Jane's draft for "The American Heiress and the Scottish Rake: The True Story of the Royal Baccarat Scandal" was announced as the winner of the 2011 Tony Lothian Prize of The Biographers' Club. Looking for a picture to illustrate this post I dipped back into my archives for a picture from our youth. This particular shot must have been taken over 40 years ago : but it is the same clever girl who won the prize last night. When the book is eventually published, perhaps she will use this picture on the fly-leaf. 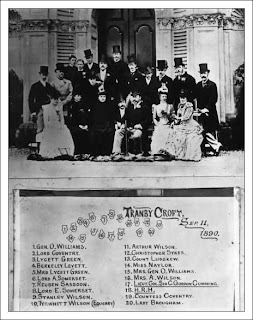 Reading the words of the judges on the Biographers' Club website, I can only agree with them :-

On behalf of the judges, Valerie Grove said: ‘A famous scandal at the card table, involving the Prince of Wales; an American heiress, one of three sisters who married into the Victorian aristocracy; an opening scene of thrilling drama, as a splendid yacht sinks in a storm. “A cracking good story here,” as Jane Gordon-Cumming confidently told us, and the judges agreed. The American heiress was her grandmother Florence; the Scottish rake her grandfather Sir William Gordon-Cumming – both “flawed, exasperating, eccentric but huge characters”. A sure winner.’