A Rendezvous With Our Youth 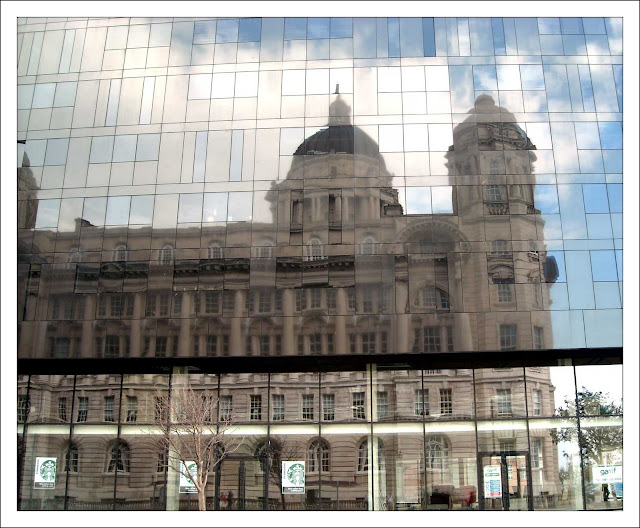 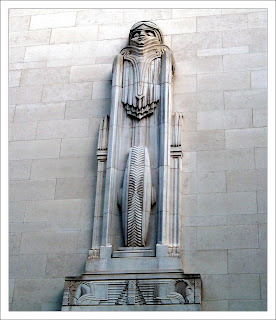 Congratulations to those who managed to get the answers to yesterday's questions. I have a lot of sympathy for those who guessed Amelia Earhart because that was my response when I was shown the figure by my friend Denis and asked to identify what it was. But it was not Amelia, it was - as Chairman Bill rightly identified - "Speed - The Modern Mercury" by Herbert J. Rowse and Edmund C. Thompson and it graces the magnificent Georges Dock Ventilation Tower of the Mersey Tunnel. The first Mersey road tunnel - more properly known as the Queensway Tunnel - was opened in 1934 and the Georges' Dock control building and ventilation shaft is a monument to art decor design. The statue of "Speed - The Modern Mercury" depicts a young girl riding a motorcycle and wonderfully pulls together the Egyptian influences and the thrust of modernity that influenced art and design at the time. If you are ever in Liverpool the Tunnel Control Centre is worth looking at, it is both a beautiful building and an ingenious ventilation shaft. It is just behind the Port of Liverpool Building on the Pier Head. And it is the Port of Liverpool Building, seen in the reflection of one of the new office buildings, that features in my main photograph today. 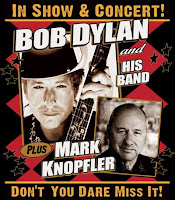 And our night out last night? Both Kim and the Silver Fox got the right answer - I took the GLW to see Bob Dylan and Mark Knopfler at the MEN Arena in Manchester. Knopfler was magnificent and Dylan was - well what can you say other than he was Dylan. He no longer sings but barks out familiar lyrics to somewhat unfamiliar tunes. But the man is a legend so we forgive him anything. A night to remember - a rendezvous with our youth.
at October 11, 2011