A Piece Of History 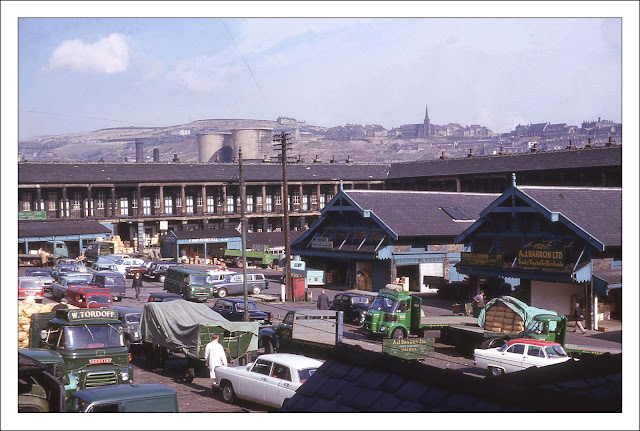 Halifax Piece Hall was built in 1779 as a market for the trade in "pieces" of cloth. Over 300 trading rooms were built around a large central courtyard, creating, what is, one of Britain's finest examples of Georgian commercial architecture. During the nineteenth century the large central courtyard was often used for religious gatherings and popular entertainment - the tightrope walker, Blondin, walked on a rope strung from side to side in 1861. By the end of the nineteenth century, the need for a cloth trading market was long gone and, sadly, in 1871 the Piece Hall was turned into a wholesale fruit and vegetable market. It retained this use for 100 years, and my photograph shows it in the 1960s when it was the home of potatoes and carrots rather than woven cloth or revivalist meetings. The wholesale market closed down a few years after I took this photograph and the Piece Hall enjoyed a brief revival as a thriving antique and craft centre. A few of the side rooms are still occupied, but the building is once again in search of a new use. The full history of the building and proposals for its future can be found HERE.
at January 14, 2013