Time for a quick update on a couple of photographs I have featured on News from Nowhere recently. 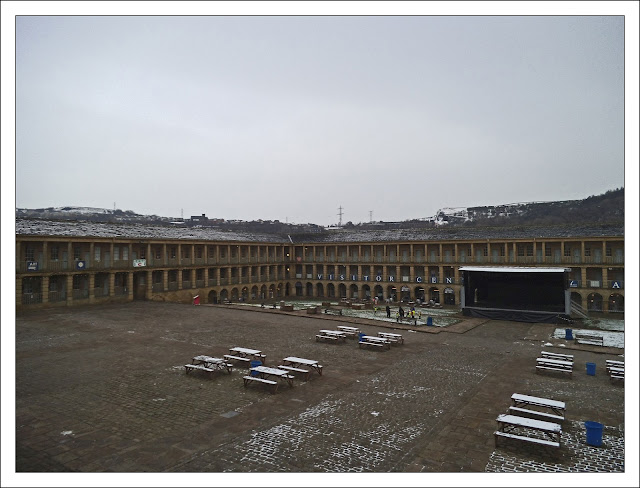 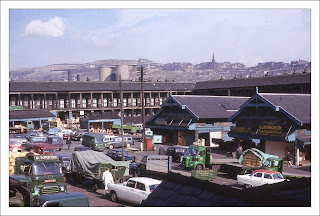 The other day I featured a picture of Halifax Piece Hall which I took back in the 1960s. When I was in Halifax the other day I called in and took this modern view from approximately the same location. If you leave the actual Piece Hall building out of the equation, so much seems to have changed. All the market buildings are gone, as are so many of the chimneys and cooling towers in the background. Even the Piece Hall itself has had a good clean, high pressure water hoses having removed centuries of ingrained soot and dirt from the stones. 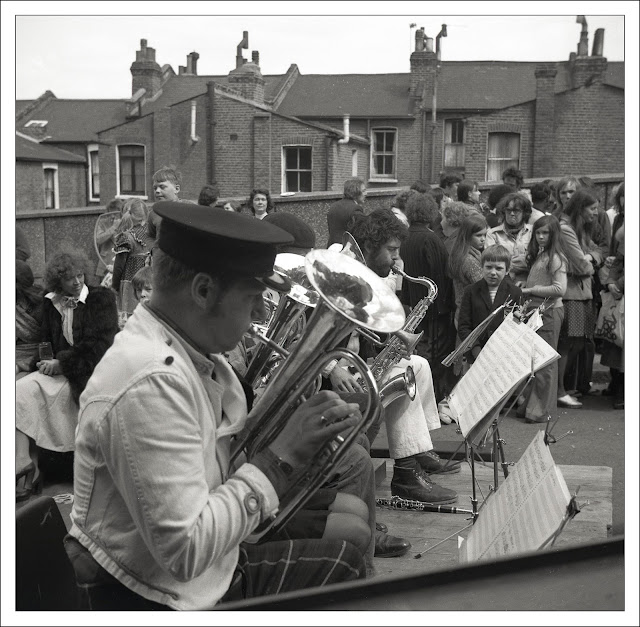 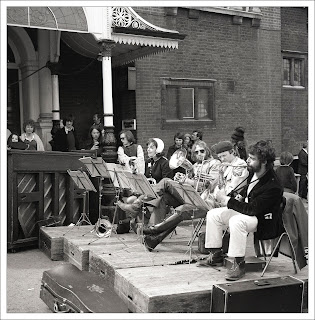 And I have found another photograph from the ones I took of the mysterious band which I featured a couple of days ago. This second photograph is taken from the opposite direction and provides us with a view of the terraced houses in the background. If we are right in thinking that I took the photograph in the early 1970s, it could possible have been taken in West Yorkshire (my home), Staffordshire (where I was at University) or London (where Isobel was at University). I don't know quite why, but if I had to bet money on it, I would probably put my money on Staffordshire. There is a feel of the Five Towns in those background houses.
at January 18, 2013