A Screensaver And An Announcement 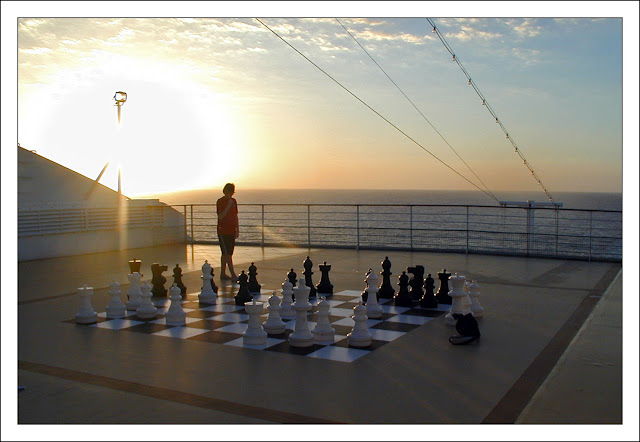 My computer screensaver this week dates back to February 2004. It was taken on board a cruise ship en route from Florida to Costa Rica. That is The Lad deep in thought, considering his next move. I seem to recall that he won the game.

The Annual General Meeting of the West Yorkshire Chapter of the International Brotherhood (Sisterhood) of Bloggers (WYCIB(S)B) will take place at the Big Six Inn, Horsfall Street, Halifax on Thursday 31st January 2013 at 4.00pm. An invitation to attend the meeting is hereby extended to all bloggers. Agenda items should be notified to the Honorary Secretary, Mr Tony Zimnoch, before the meeting. Items already on the agenda include the election of officers and the award of the Holroyd-Hebblethwaite Trophy.
at January 25, 2013