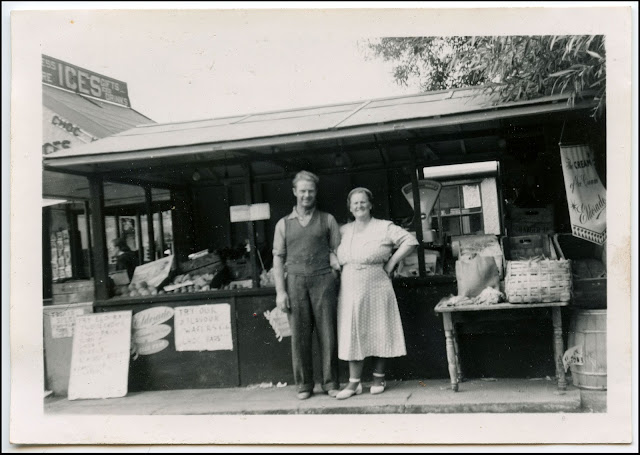 I realise that I am in danger of being accused of selecting a theme prompt to conveniently fit in with an old family photograph I have waiting up my sleeve, ready to pull out like a magicians' white rabbit. But I am innocent. Having selected the theme prompt a few weeks ago, it wasn't until yesterday that I started sorting through the shoebox in order to see if I had anything to fit the bill. And I came up with this, and it seems to tick all the boxes. It's a store-front, it has fruit and veg, it has a barrel, and it is full of faded detail. 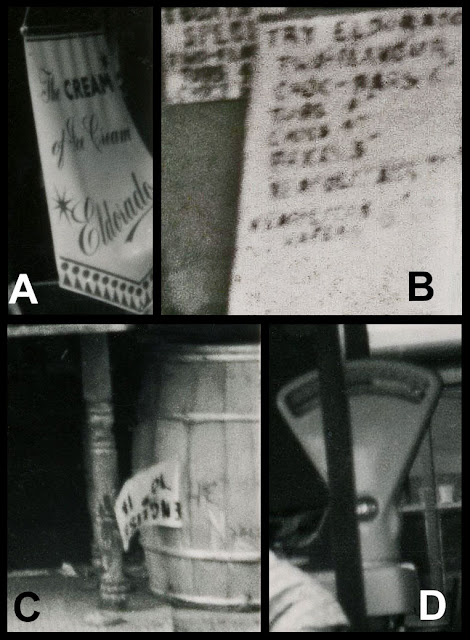 A : The Eldorado Ice Cream Company used to be one of the largest nationwide ice-cream suppliers in Britain but the brand seems to have vanished in the 1950s or 60s, no doubt swallowed up by some multinational corporation.
B : As far as I can make out, their big selling point in 1951 when this photograph was taken, was that they had two-flavoured ice cream available. The list also included choc-bars, tubs and cones and this was no doubt a tempting choice in a nation just emerging from food rationing.
C : I manage to match the barrel in the theme prompt but I am uncertain what the barrel contains other than the fact that it was "English". If you stand on your head you can also make out a "10" and what might be 1/- (one shilling in the currency of those days).
D : There is something deeply satisfying about the shape of these weighing scales, like a vestigial memory of some comforting earth-mother. "Two ounce of sherbet lemons please" 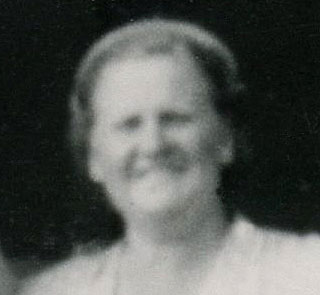 One could, of course, go on highlighting detail and ticking boxes for ever more. But there is one box that I have to tick. As her fans will already have noticed, that is none other than Auntie Miriam there in the front of the stall. This means that it was Uncle Frank who took and filed the photograph and therefore I am able to provide you with plenty of information. The photograph is titled "Sim and Mimi : Seacroft Camp, Hemsby Beach, August 1951".

If you would like to see how other people have interpreted this week's theme, why not go over to the Sepia Saturday Blog and follow the links. And if you are a committed Sepian, you can follow all the latest news and discussions in our dedicated Facebook Group. Now, where are those sherbet lemons?
at January 26, 2013