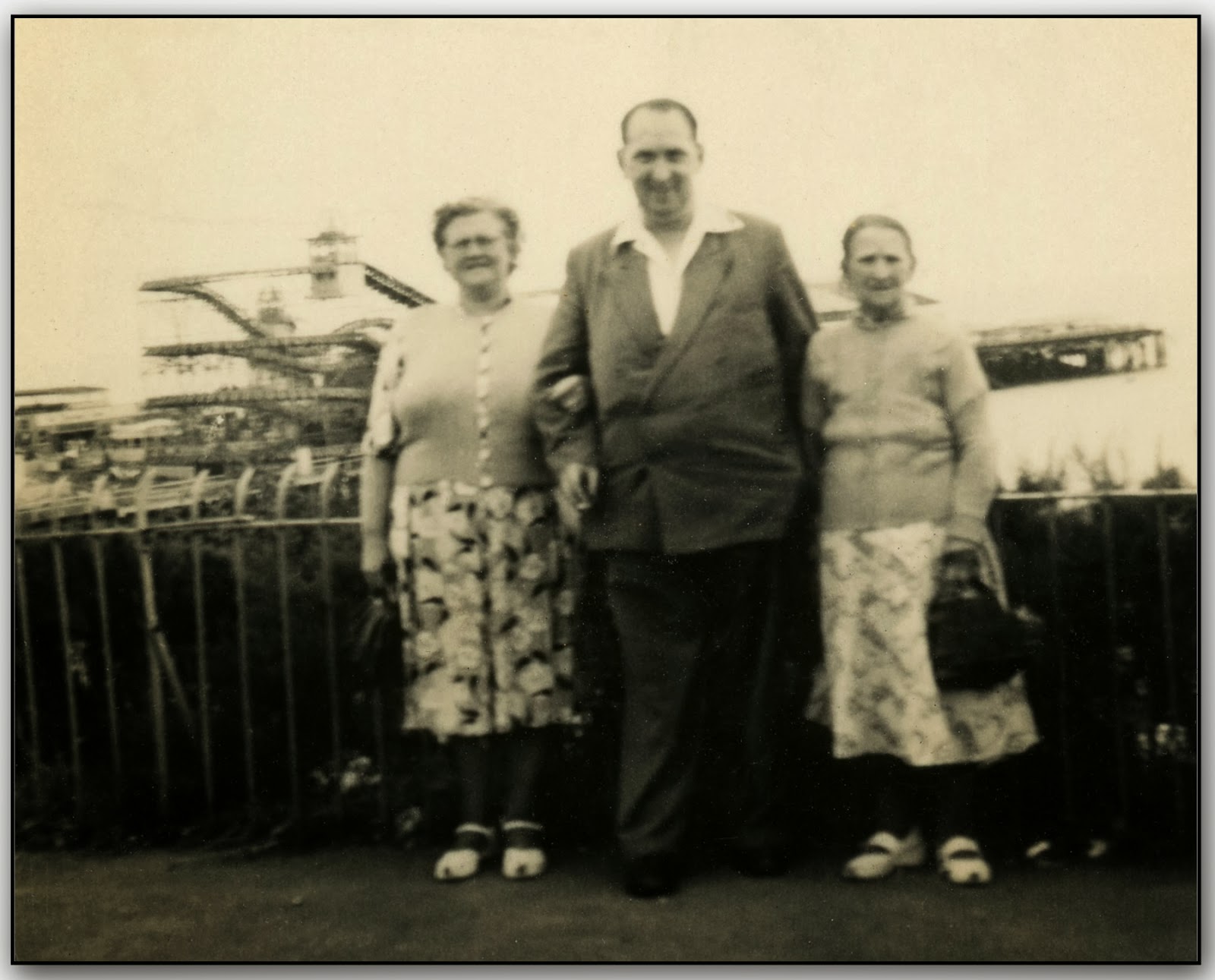 I am reminded by the splendid Peter Miebies that the second Saturday of January of each year is International Auntie Miriam Day, named in honour of my Auntie Miriam by none other that Peter himself. So what could be more appropriate for the "discoveries" theme on Sepia Saturday than this photograph of Auntie Miriam (left) and her mother-in-law (right) acting as slightly overwhelmed bookends to the monumental Uncle Frank. The photograph was hidden away at the bottom of an old cardboard suitcase which I thought I had cleared out several years ago. With the photograph was an old telegram: 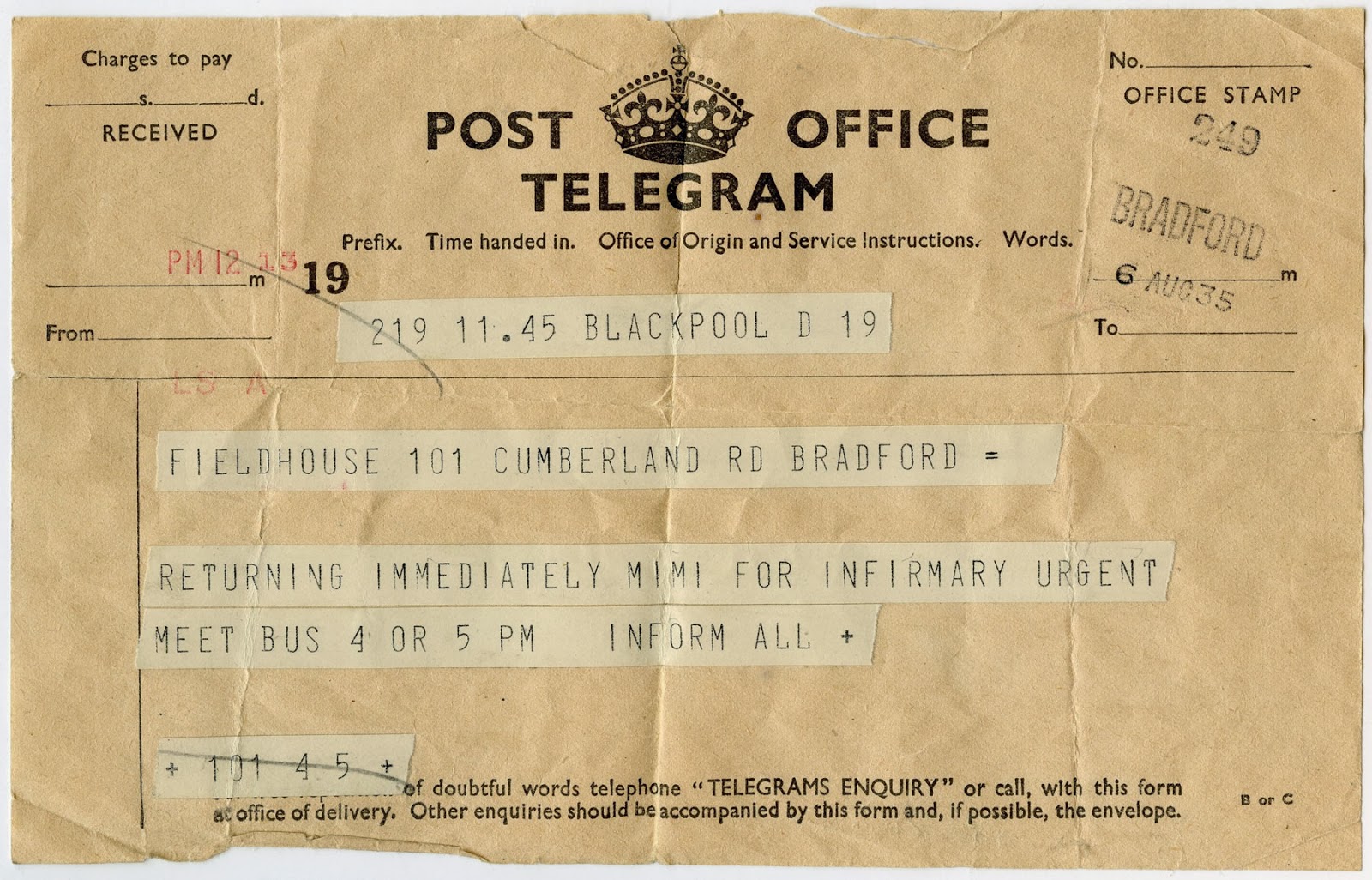 The text of the telegram is intriguing. It was sent in August 1935 and would seem to have been sent by Uncle Frank (Frank Fieldhouse) to his parents who lived on Cumberland Road, Bradford. "Mimi" was the pet name of Auntie Miriam, but questions remain. What was the strange illness that brought about their urgent return from Blackpool? What were they up to in Blackpool in the first place (you might want to note that they didn't get married until June 1942)? And finally, if things were that urgent, why wasn't the emergency dealt with in Blackpool rather than after a long bus journey home?

All this goes to prove that it is not just photographs and documents that fall out of old books or old suitcases, but questions as well. You can make more discoveries by going on over to the Sepia Saturday Blog and following the various links.