This And That And The Floral Dance

Another end of the week round-up of miscellaneous jottings - the accumulated fluff at the bottom of the drawer of my subconscious mind. This week, music seems to be at the forefront on my mind. 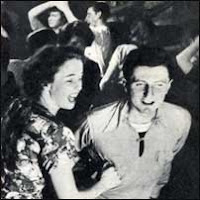 At the Antiques Fair last weekend I managed to buy a few copies of Picture Post magazine dating back to the 1930s and 1940s. At 50p each (about 75c I guess) they seemed a reasonable buy and I was delighted to find some excellent discoveries when I got home. One is a classic article from 1939 on "housemaids" which not only provides a wonderful look at British society seventy years ago but the photographs are by Bill Brandt (they are unacknowledged but you couldn't mistake them) I will return to that article in more detail at a later date. There was another article from a 1949 issue entitled "A New Jazz Age" which captures the very beginnings of the Traditional Jazz revival movement in pictures. Never mind 50 pence - some of this stuff is near priceless. 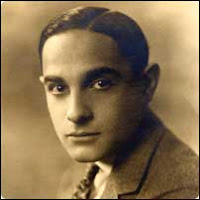 I have had the lyrics of a Lorenz Hart song going through my mind all week (you know what it's like, a song appears on your play-list and just seems to stick). It is the magnificent 1937 composition, "I Wish I Were In Love Again" and it must be one of the cleverest songs ever written. I am sure most people will be familiar with it but I am giving you a couple of verses just to implant it in your mind where, no doubt, it will stay for the next seven days.


"The broken dates - the endless waits,
The lovely loving - and the hateful hates,
The conversation - with the flying plates,
I wish I were in love again.

When love congeals - it soon reveals,
The faint aroma - of performing seals,
The double-crossing - of a pair of heals.
I wish I were in love again". 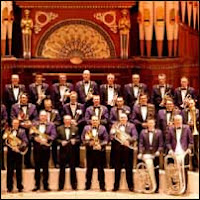 Last Saturday night, the Good Lady Wife and I went to a concert by the Brighouse and Rastrick Band at the local church hall. Brighouse is only a couple of miles from where we live - and Rastrick is even closer - and we are lucky to have such a world renowned brass band on our doorstep. The band is big and the church hall was small and the sound was powerful. At one stage I even turned my Cochlear implant off and just "felt" the music. At the end of the concert, as an encore, the band played the one tune they will always be associated with - their 1977 version of the Floral Dance. Unlikely as it may sound this became a No 1 hit for them and led to several appearances on Top Of The Pops. There is a YouTube video dating back to that time which is a bit faded and scratchy, but - in exactly the same way as the Picture Post article - is evocative of a time gone by. I will leave you with it.