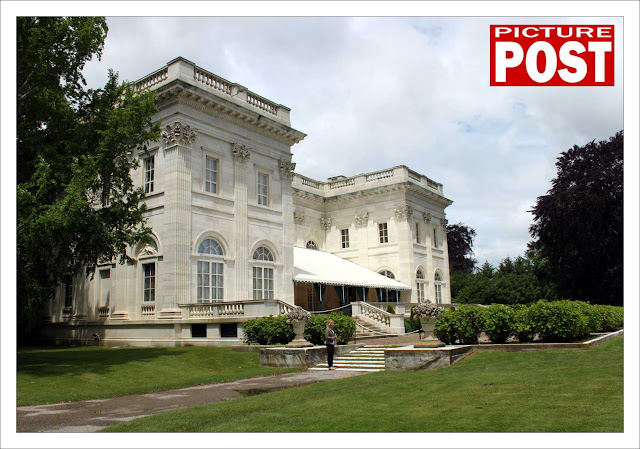 William Kissam Vanderbilt's Marble House in Newport, Rhode Island. It was built between 1888 and 1892 at an estimated cost of $11 million (the equivalent of $260 million in todays' prices). For a considerable period the house was used for little more than a clothes store. Now it is a very well-run museum, but it still has the feel of a mausoleum.
at July 14, 2011