Being Made To Endure, Public Wrath In A Sewer 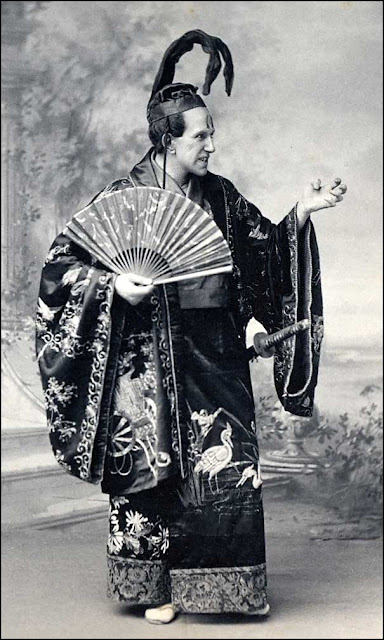 Many of you might recall that wonderful song from the Gilbert and Sullivan opera, the Mikado, the chorus of which goes as follows:

The verses give delightful examples of how this system of retributive justice would work. For example:

"All prosy dull society sinners,
Who chatter and bleat and bore,
Are sent to hear sermons
From mystical Germans
Who preach from ten till four.
The amateur tenor, whose vocal villainies
All desire to shirk,
Shall during off-hours,
Exhibit his powers
To Madame Tussaud's waxwork"

I am not sure whether people from outside the United Kingdom appreciate the political storm which is sweeping through this country at the moment. We are seeing media moguls fall, once-powerful editors being arrested and leading public figures resign with astonishing rapidity. Each morning, most people in this country turn on their radio or television, not to check the weather or the traffic jams, but to see who has fallen overnight. With this in mind, I have decided to write a new verse to the Mikado's song. It goes as follows:


"The newspaper owners and editors too,
Who have hacked off the public for years
Are made to endure,
Public wrath in a sewer,
Whilst hanging from the roof by their ears.
The slimy politicians who cower and beg,
At their feet to get a good press,
All have to stand,
With cap in hand,
Whilst their sins they have to confess" 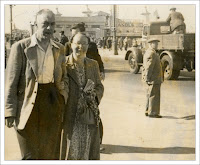 One of the best things about blogging is that it becomes an interactive experience, where the blog-post is merely the opening statement in what, with luck, becomes a fascinating conversation. There can be few better examples of this than my post for Sepia Saturday about my Uncle Wilf at the seaside. Within hours of the post going up, the image had been examined, investigated and interpreted by people from throughout the world. I had been told that Wilf was a part-time bookmaker, that Frank Randle was possibly appearing at the concert on the pier in the background, that Amy's skirt was probably post-war, and that - based upon the number of studs on the wheel of the truck - it was definitely pre-1960. Thanks to everyone for joining in and for making this form of collective analysis so thoroughly enjoyable,
at July 18, 2011