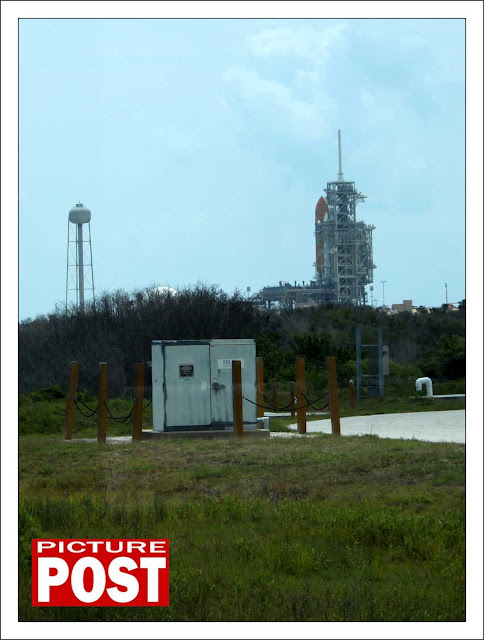 Here is my attempt at a topical picture. It was taken four weeks ago and shows the Space Shuttle Atlantis already on its launch pad. If the Florida weather clears, it will launch later on today and a whole chapter in space flight will come to an end. When we were at the Space Centre, there was a feeling of sadness about the place as it prepares for its future as a superior theme park rather than as an active scientific facility. Within the next couple of days, the rocket and its' boosters will be gone - the metal shed and the simulator rides will remain. Bon Voyage, Atlantis.
at July 08, 2011