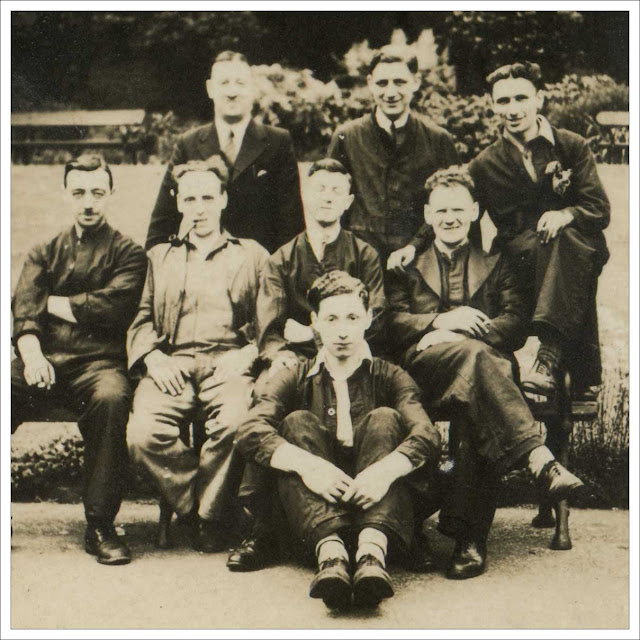 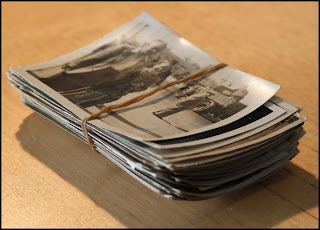 The other day I came across a small bundle of photographs which I inherited from my parents. I must have acquired this stash several years ago and it has gathered dust in a forgotten box for many a decade. Bundled with an elastic band the prints are small - the largest are just two inches by three inches - and seem to date back to the 1930s. All lovers of old family photographs will understand the joy and sense of anticipation you feel when you discover such a stash - your first reaction is to examine them in detail and see what treasures you might have uncovered.

Something stopped me from doing this : something made me want to stretch the pleasure of discovery as far as I could, as far as that old elastic band would stand. So I decided on an exercise in measured randomness - to uncover the photographs week by week, to individually scan, enlarge and explore them.. I always find with old photographs - especially small prints like these - it is that process of exploration that is the most fascinating aspect.

So what have we in the first of the prints? It clearly shows a group of eight working men, mechanics or machine-men by the look of the overalls. And one face is instantly recognisable to me : the chap sitting on the right hand end of the seat is my father, Albert. The photograph looks as though it was taken in a park or garden, and the workers look as though they may have been on a break from work. I would guess it was taken in the mid or late  1930s - by which time my father would have been in his mid to late 20s. There are so many other things to note - their clothes, the fact that so many of them are smoking, the individual expressions on their faces. But attempting to describe what you can see on such a random old photograph is a bit like reading second-hand travel books : interesting, but not half as interesting as going out exploring yourself. So excuse me whilst I go and explore : I have a week until the second print is uncovered.