A Short Treatise On Monetary Economics 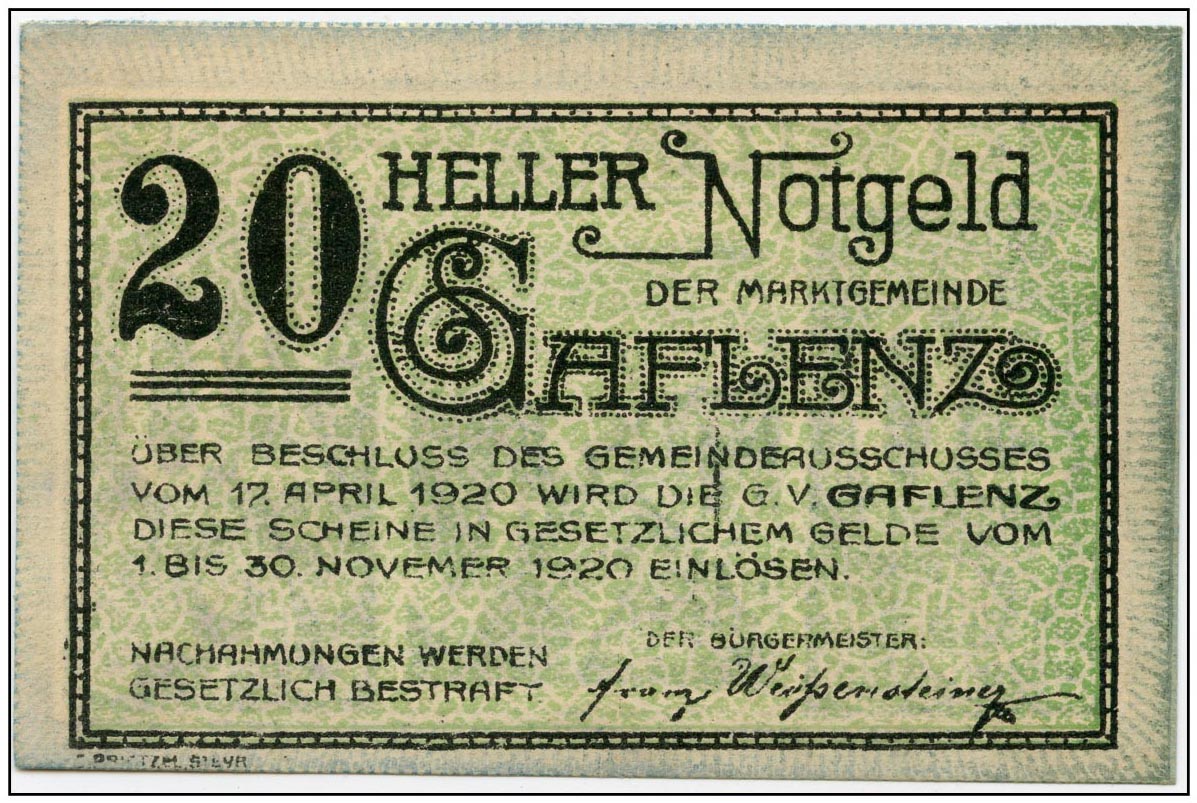 Back in 1967, Prime Minister Harold Wilson attempted to explain the impact of the devaluation of sterling by saying that it would not affect "the pound in your pocket, in your purse or in your bank" and there was an element of truth in the assertion. There is a degree of separation between high economic policy and the crumpled banknote in your purse; but it is only a small degree: banknotes can relate great historical sagas just as effectively as any dry history book.


Tidying my room the other day, I came across a little piece of coloured paper I had acquired a good few years ago. It is a small Austrian banknote dating from November 1920, a banknote for the sum of 20 Heller. Even ninety-odd years ago this was no princely sum - just a few pence: and given the decades of revaluation, devaluation and currency change that has taken place since it was printed it is now virtually worthless. Worthless, that is, in an economic sense: but as a thing of some beauty and as a bookmark to history, it is as valuable now as it was the day it was printed. 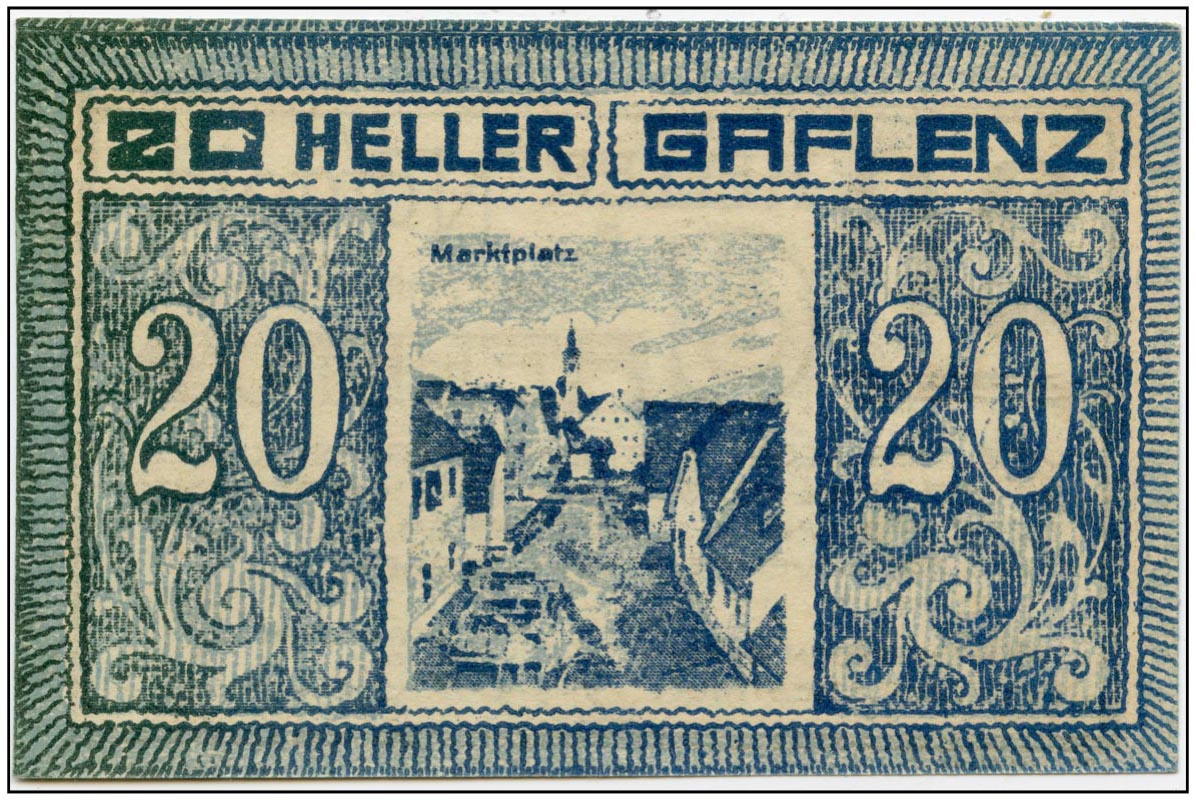 The note belongs to that category of emergency banknotes issued during the early part of the twentieth century, particularly in Germany and Austria, which are known as Notgeld. They were issued at a time when economies were collapsing and inflation was rampant. Central Banks were fighting a losing battle to keep up with price increases by printing notes of larger and larger denominations and coin production quickly became a pointless exercise. Local communities began to issue their own notes - Notgeld - for small denominations in order to stimulate local trade and keep up with the endless rounds of price increases.

My little piece of coloured paper was produced by the small Austrian town of Gaflenz. Today it is a prosperous little market town and tourist centre. As the citizens of the town settle down to their coffee and Wiener Apfelstrudel they might read of the European Central Banks' warnings of the dangers of deflation. But as they do so, they may reach into their purses and pockets and find that little piece of coloured paper passed on to them by their grandparents and conclude that there is a lot to be said in favour of a stable currency.
at January 14, 2015