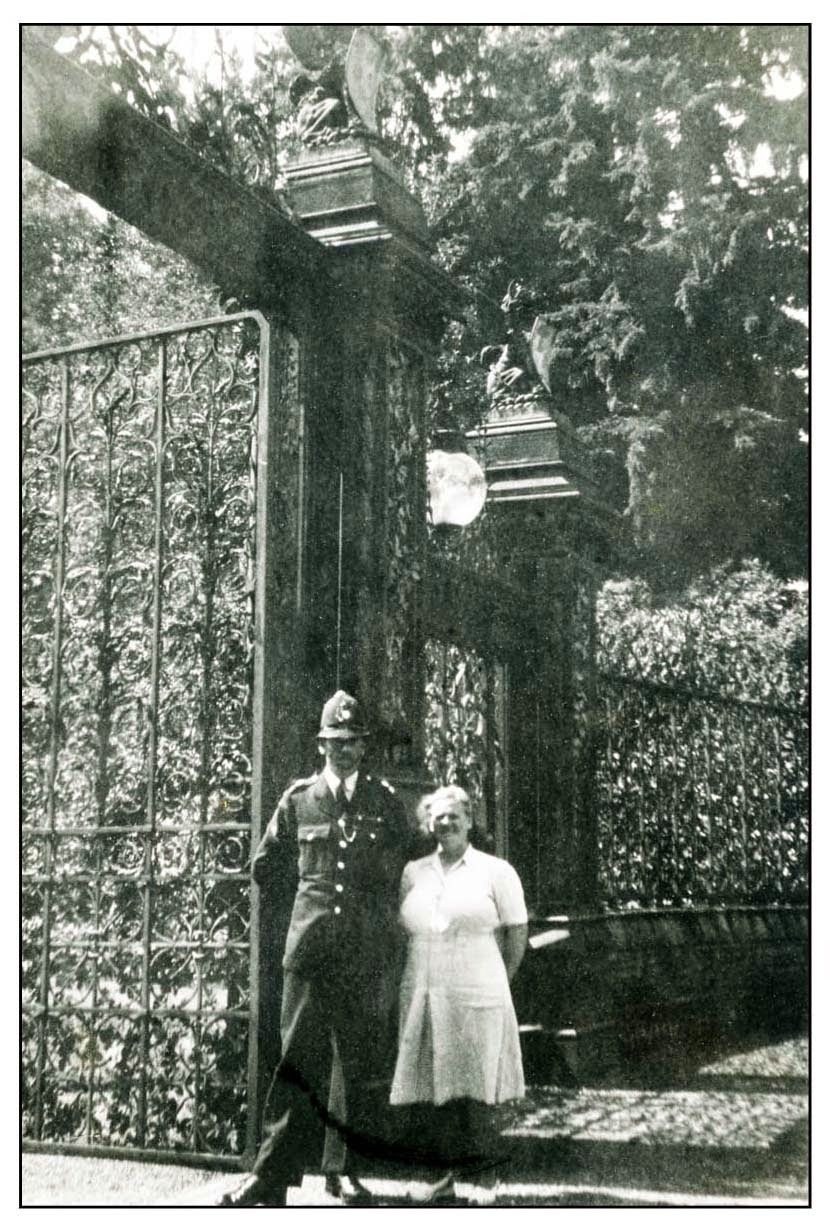 Our Sepia Saturday image this week offers a couple of potential themes: the law and writing on photographs. I am hoping to match both with this photograph - and as a January bonus - include our old friend, Auntie Miriam.


(How strange it would be, if Auntie M came back to life in the twenty-first century to discover that she had become a pin-up girl for an international group of amateur archivists!)


The photograph was taken by Uncle Frank and this means that it is richly catalogued. Uncle F would have loved computers if he had lived to experience the digital age. But at a time when Alan Turing was puzzling how to apply his wartime logic machines to solve peacetime problems, Uncle F was limited to card, crayons and snapshot albums.


The album in question is entitled "Great Yarmouth and Norfolk Tour, July and August 1950" (Memo to Uncle F : we would call that a folder name these days).  The photograph appears in a section of the album entitled "Sandringham" and Sandringham is famously the location of the country estate of the British Royal Family. A complete scan of the two pages of the album reveals the writing; not on the photograph itself but on the album pages.

The written note on the left hand page says "We did not see the King but we did see the Princess Margaret". Next to the specific photograph is written, "Yes - their majesties were in".  Their majesties were King George VI and Queen Elizabeth, but by this time King George was not a well man - he would die about eighteen months after Auntie Miriam's visit - and was spending more and more time at Sandringham.

Thus we have plenty of writing, so that is one theme box which can be ticked, And as far as the law is concerned we have the policeman and we have the fact that, in British law, justice is carried out in the name of the monarchy. If Auntie Miriam had, in an outbreak of mischievousness, knocked off the policeman's helmet, she may well have been charged and sent to court and the case forever more would have been known as Rex v Fieldhouse.

Thus ends the case for the prosecution. To review the other evidence in this week's case go to the Sepia Saturday Blog and follow the links.
at January 16, 2015