A Dozen Dollops Of History : 3 - In Awe Of A Captain and a Castle 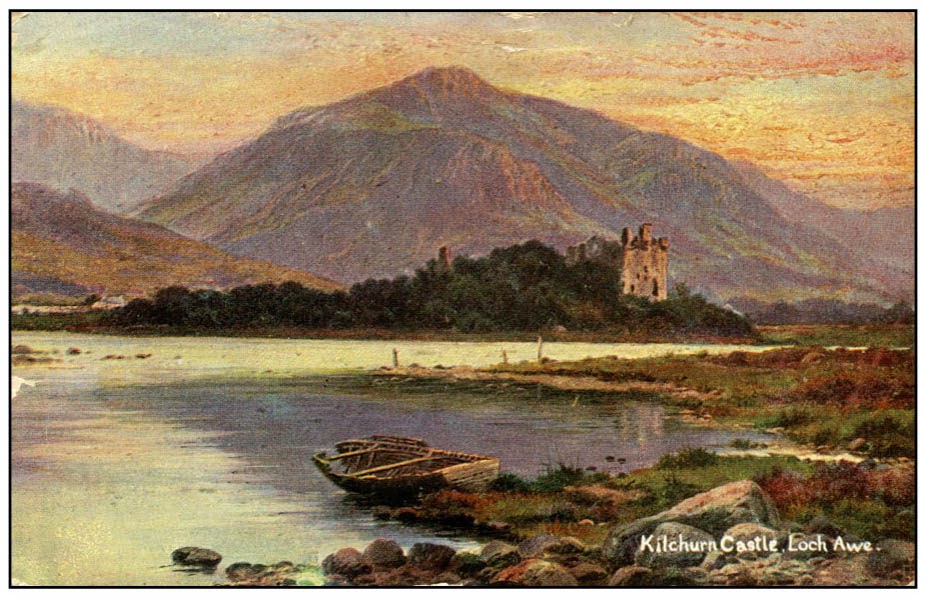 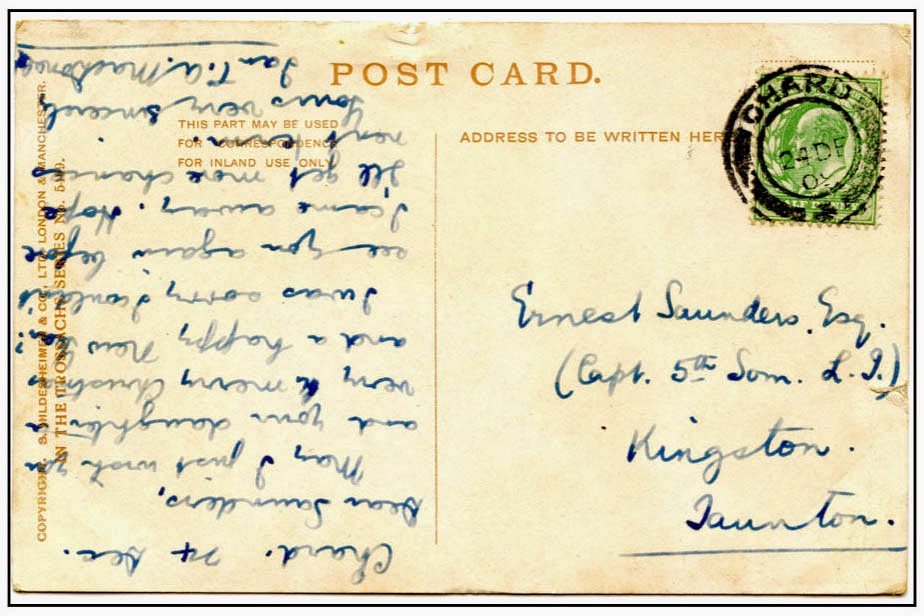 My third found dollop of history (50 pence from the second hand shop) features a 1909 vintage postcard of Kilchurn Castle in Scotland.

Kilchurn Castle is a ruined structure which is either on the banks of Loch Awe in Scotland or on a small island in the middle of Loch Awe (depending whether it has been raining or not). When I saw the card I thought it might be vaguely familiar and I suspect I have seen it from the train when I have been travelling to Fort William on the wonderful West Highland Line. Part of it dates from 15th Century and part of it from the 17th Century, but both bits suffered badly when the castle was struck by lightening in 1760 and it has been abandoned ever since.

The card was sent to Ernest Saunders, who was a Captain in the 5th Somerset Light Infantry, and who lived at Kingston near Taunton. For some reason, the sender, Ian MacDonald, wrote the message upside down. To save you the bother of standing on your head, here is a transcription.

Chard, 24 December. Dear Saunders, May I just wish you and your daughter a very merry Christmas and a happy New Year. I am sorry I couldn't see you again before I came away. Hope I'll get more chance next term.

If Saunders has a daughter he can't be a pupil and, if MacDonald calls him "Saunders", neither can he. Thus, we can probably conclude that they were both teachers. The card was sent from Chard in Somerset, but I can't find any notable schools there, so we can probably assume that both men had travelled home for the Christmas holidays.

Who knows when MacDonald acquired the postcard. But a postcard of a ruined castle that belonged to the Campbell Clan will always be an attractive prospect to any MacDonald worth his salt.