A Dozen Dollops Of History : 1 The King Springs Into Action

Called in at the local antique centre this morning and bought myself a dozen vintage postcards for £10. The spirit of my father probably hovered over me as I handed the £10 note over, muttering "thas bin robbed, thas more money than sense", but the purchase gave me pleasure and it will keep me quiet for a day or two. As far as I am concerned, what I bought was a dozen dollops of history. Over the next week or so I will share them with you. 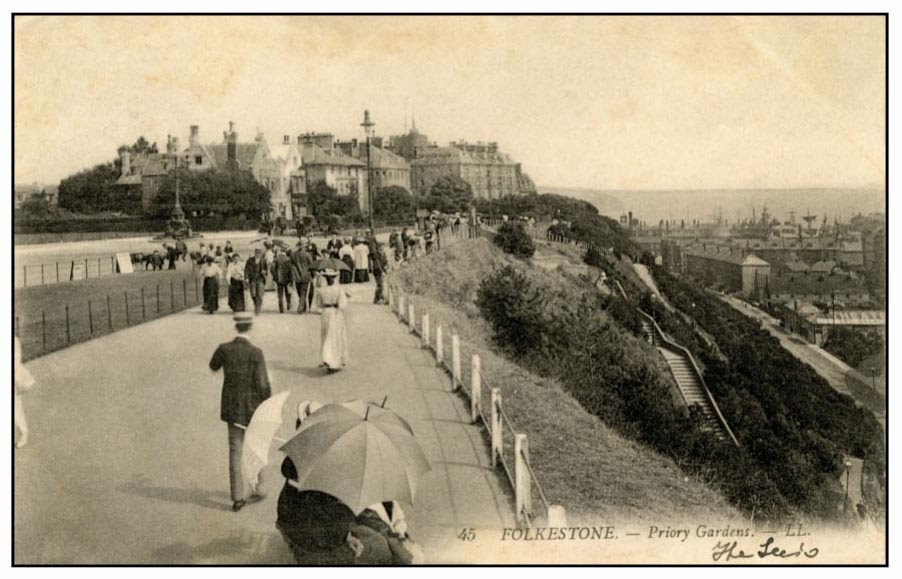 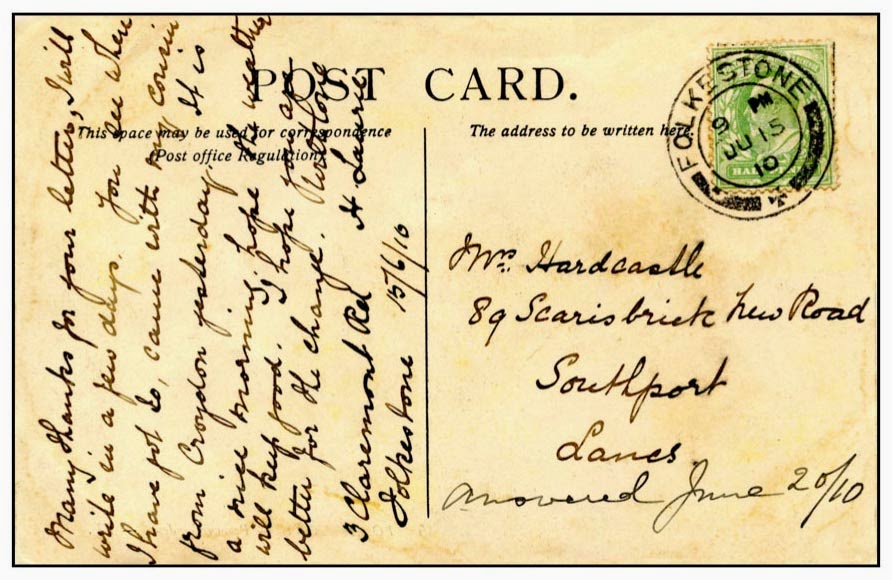 A lovely old picture card which features Priory Gardens in Folkestone which is on the south coast of England (these days, one end of the Channel Tunnel is close to the town). The writing on the front of the card is, I think, "The Leas" which is the name of the steep cliff which overlooks the old town. It was here that Folkestone Priory stood (now long, long gone) and it was here that a couple of fine hotels were built at the end of the nineteenth century. I think it is these that you can see in the centre distance on the card.  The grandest of the two was rightly named "The Grand" and it was a popular spot for King Edward VII to meet his "friend" Alice Keppell. In 1909, a year before my card was sent, the King officially opened the new ballroom at the Grand, the first sprung dance floor in Europe. He took the first dance on the floor - and his partner was Mrs Keppell.