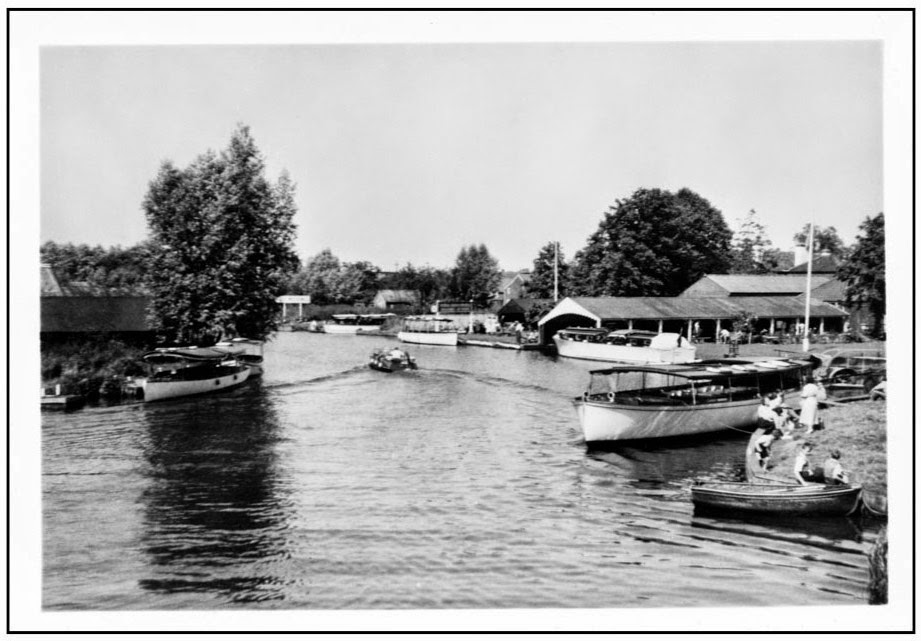 Our Sepia Saturday theme this week features an old photograph which looks down on the port of Tonsberg in Norway, and for some reason the mixture of land and sea, inlets and islands, reminded me of that part of England known as the Norfolk Broads. And therefore I turned to one of the old photograph albums kept by the inimitable Frank Fieldhouse ("Uncle Frank"). 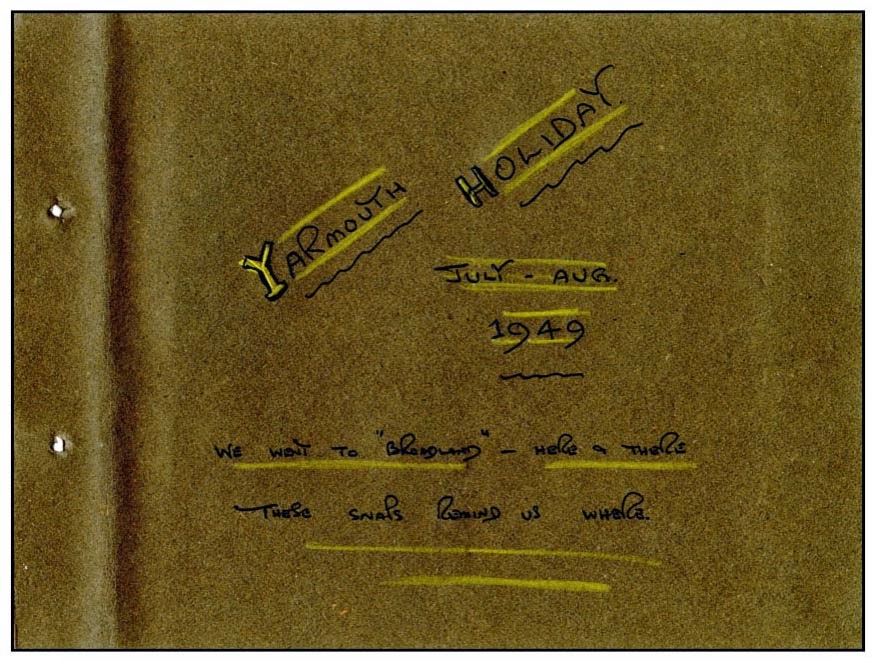 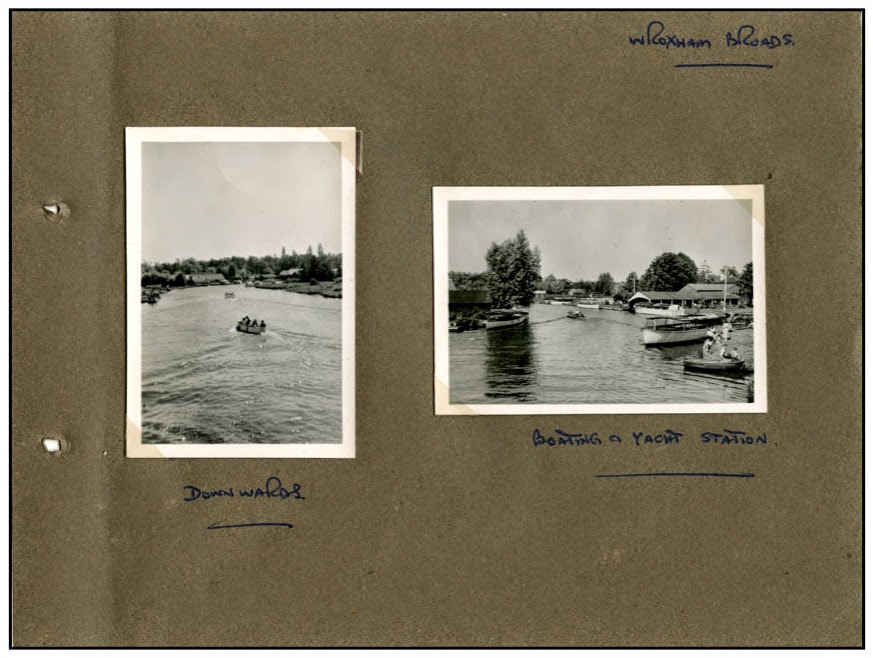 The page that particularly interested me was the one headed Wroxham Broads, which contains two photographs: "Downwards" (which just happens to be one of the suggested themes this week) and "Boating and Yacht Station". Wroxham is sometimes called "the capital of the broads", and, as far as I can tell, the scene depicted in the featured photograph has changed little over the last sixty five years. For reasons I am not quite sure of, I have never been to the Norfolk Broads although I seem to have set off on a journey there on a number of occasions and got waylaid by a country pub. One day, maybe, I will get to stand on Wroxham Bridge and look downwards. And if I decided to get in one of those little boats and sail down that broad to the open sea and then keep on going in a north-easterly direction, my next landfall would be ..... yes, you guessed it, Tonsberg in Norway.

If you decide to undertake such a journey, you could occupy yourself during the long sea voyage by going over to the SEPIA SATURDAY BLOG and following all the various links.
at January 31, 2015