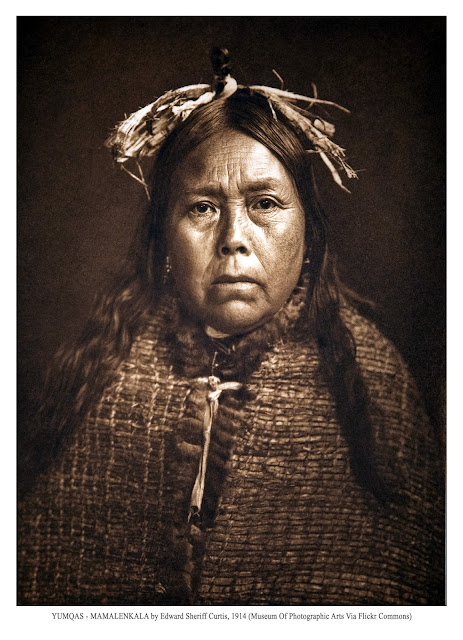 In the Victorian and Edwardian era everyone was drawn towards the photographic studios that sprung up in most cities, towns and villages throughout the western world. In the early days it would be the aristocrats, followed by the respectable middle classes and then - as techniques improved and prices came down - it would be the working class. There was also a positive effort to capture the images of people, customs and scenes before they disappeared forever.


Edward Sheriff Curtis (1868-1952) was an American photographer and ethnologist who started his photographic career - like so many others in this period - by establishing a local studio and selling card-mounted prints of anyone who had a few dollars to spare. By 1895 he had developed a passionate interest in photographing Native Americans - attempting to capture elements of a culture which was rapidly vanishing all around him. This wonderful image, entitled Yumqas-Mamalenkala, dates from 1914 - a time when Curtis was also beginning to experiment with the new technology of cinematography.
at May 12, 2017