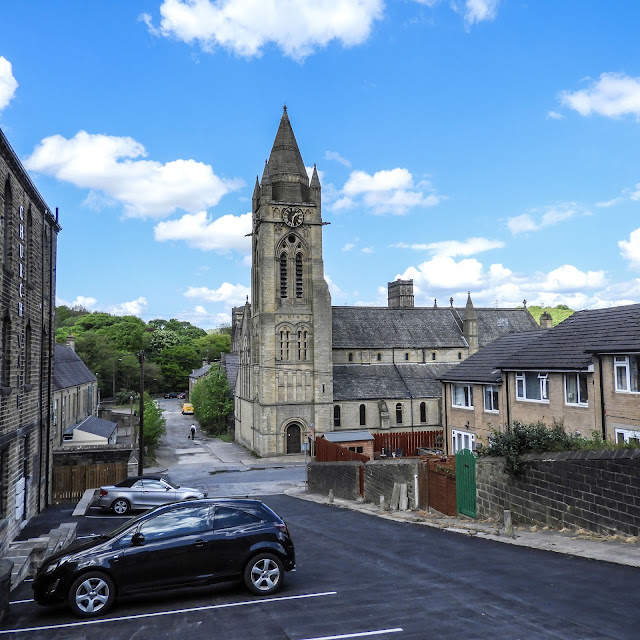 We took a walk the other day: taking us from West Vale up the steep incline of Hullen Edge to Elland, which is perched on the top of the valley of the River Calder. In Yorkshire terms, the walk could be described as "Up't Hill from West Vale". West Vale itself is neither a town nor a village - I suppose if you had to call it anything it is a settlement, or more accurately you could say it is an intersection. There are a lot of roads (which are still busy), and a lot of churches and chapels (which are mainly empty of they have been converted into other uses). And there are a lot of houses, many of which are in terraces which have been pinned to the steep hillsides with some kind of gravity-defying superglue.

The first photograph shows the imposing building that was originally the Church of St John the Evangelist. Built in 1882, it managed to survive - first good times and then leaner times - until it finally closed its doors for religious purposes exactly 100 years after it opened them. Now it is a "Business Centre”, and office space can by hired by any firm seeking economic salvation. 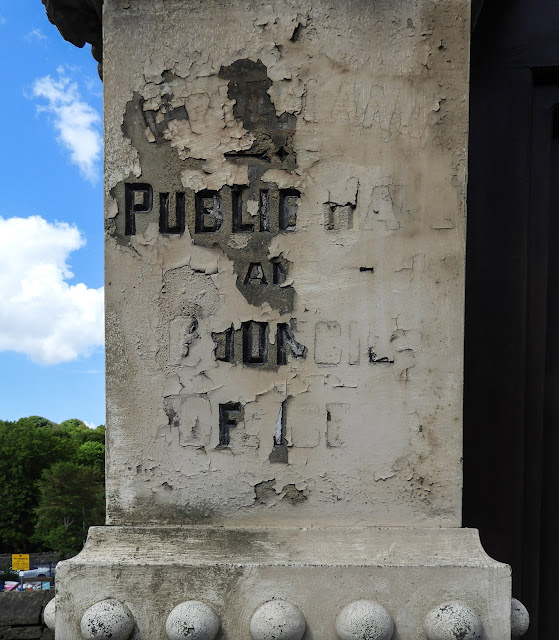 Just around the corner from St Johns That Was is another imposing building from the same era - the Mechanics Institute and Council Offices That Were. The evidence of its former glory is gradually flaking away. Soon, nothing will be left but a memory and a Grade II listed exterior that seems difficult to fill with twenty-first century activities.