It is possible to think of each old photograph as a step into history. If it is a photograph of unknown people in unknown places, it is, by definition, a step into the unknown with all the uncertainty and potential for excitement that implies. If it is a photograph you are familiar with - or better still, a photograph you took decades ago - it is a step into more familiar territory, rich in clues to memories that have long been in a state of hibernation. If it is a strip of negatives (photographs that are linked together by celluloid certainty) it is not a step, but a walk through history. Scanning a long forgotten strip of negatives from forty or fifty years ago is like walking backwards through time and one of my favourite occupations.

This strip of five negatives must have been taken in the early 1970s. Four of them feature the gardens at my parent's house in Northowram, near Halifax, whilst the fifth is a photograph of my mother, Gladys. 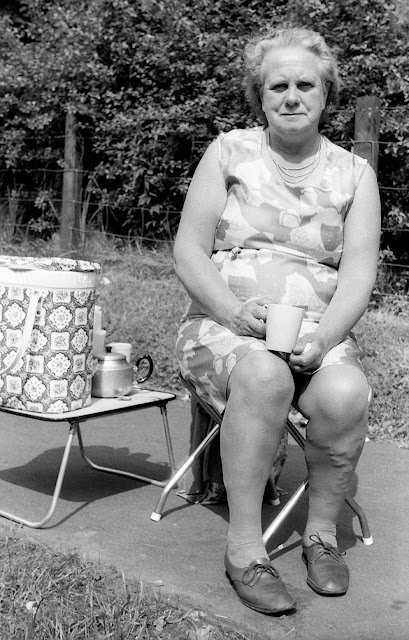 The picture of my mother is as rich in memories as an Autumn fruit tree. That little folding table seems to occupy a larger portion of my memories forty-five years after the event, than all the faces of my school class mates put together. I can still remember the feel of that little aluminium teapot and the smell of brewing tea leaves being swirled around in order to provide a last half-cup of well stewed tea.

And look at my mothers' legs! Those varicose veins that stood out like a relief map of the Rift Valley. Veins that she passed on to me with genetic certainty, veins which now wind their way up my leg with the complexity of a river delta. And then there is an enigmatic smile that the Mona Lisa would have been proud of, a smile that says "you might laugh at the state of my legs now, but just you wait my boy, just you wait!” 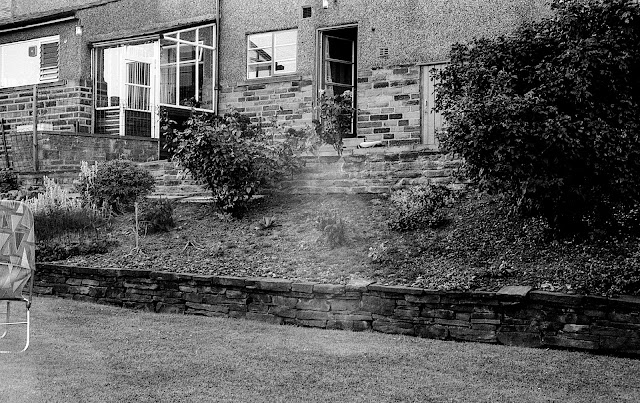 The other four photographs on the film strip were all taken in the gardens of the family house in Oaklands Avenue - a house that was my home from the early 1950s until a year or two before these photographs were taken.

The back garden fell steeply from where the house was built, and my father had constructed a series of terraced flower beds. By the time these photographs were taken the individual terraces had been smoothed into a continuous slope. 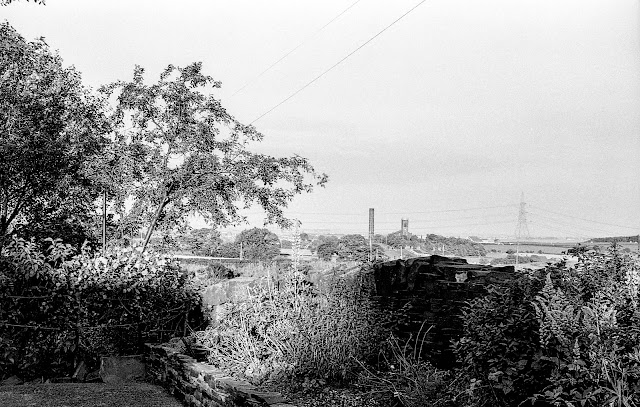 When we first moved into the house in 1952, the view to the back was one of fields and hills interrupted by the occasional church tower of mill chimney in the distance. Over the years houses were built in the fields, but I don't remember anyone at the time marching down the lanes with placards demanding that the countryside should be saved from such developments. It was a natural process - people had to have homes to live in - views were something for picture books and visits to the seaside. 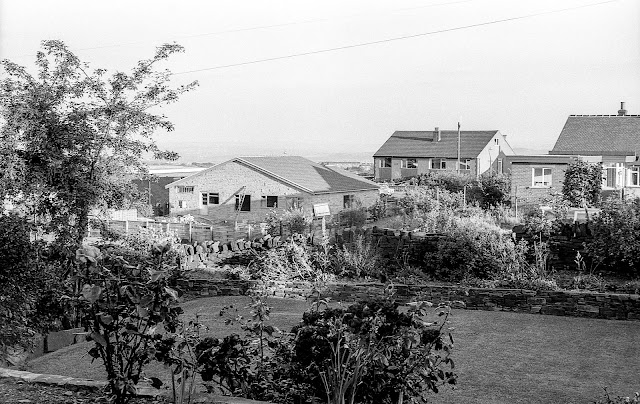 At the front of the house was the inevitable drive, car and garage. The garage was made of asbestos and will probably rank as a major international biohazard today. I can half remember the car - chunky, square and utilitarian - and the number plate does allow me to make a better guess at the date of the photos. My father would tend to buy cars when they were two to three years old which plants the negative strip very firmly in the period 1972 to 1973. 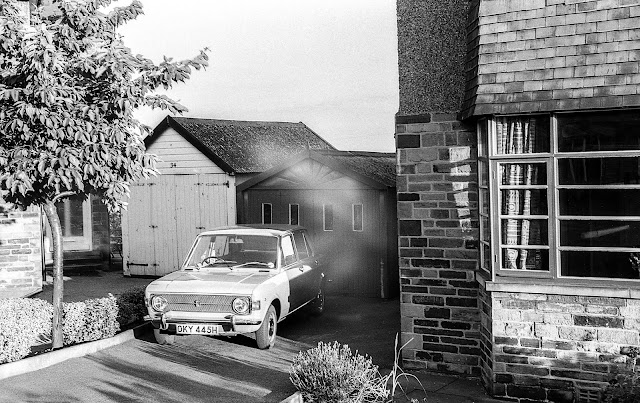