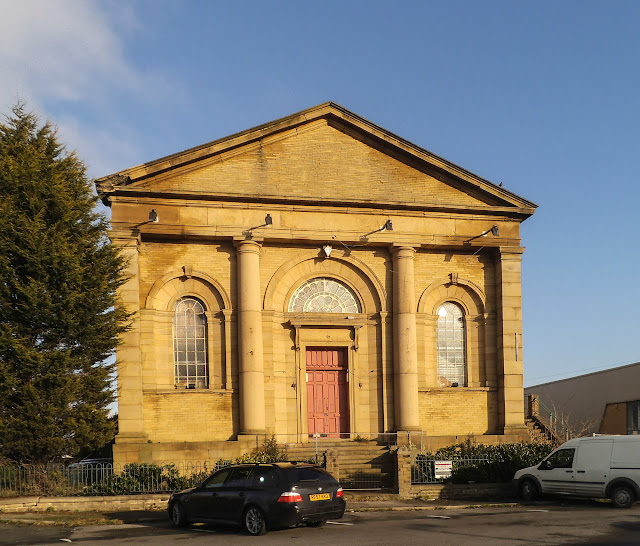 Like Dr. Samuel Johnson, I am not very good on religions. Not that, like him, I go around fondling Methodists! It is simply that I am unsure about the correct boundaries between denominations. I took this photograph of an abandoned chapel in Bradford a couple of years ago and assumed at the time that it would be a Methodist Chapel. To me Chapel and Methodist go together like Johnson and Boswell. Even though the building has been empty for some time, there is a no-nonsense solidity about it, which also brings to mind Methodist preachers from my youth. When I looked into the history of the building, I discovered that it was not a former Methodist Chapel but a former United Reformed Chapel. Thinking these might be the same, I dug a little further, to discover that the United Reformed Church was created by a merger between the Presbyterians and the Congregationalists and should not be confused with the United Methodists: who in turn should not be confused with either the Wesleyan Methodists or the Primitive Methodists.


If you are seriously confused you can always turn to Dr Johnson's monumental English Dictionary for  further information. He defines a Methodist as follows: "One of a new kind of Puritans; so called for their profession to live by rules and in constant method" I can only assume that Dr Johnson gleaned that information following his encounter with the two young women from Staffordshire.
at May 09, 2017