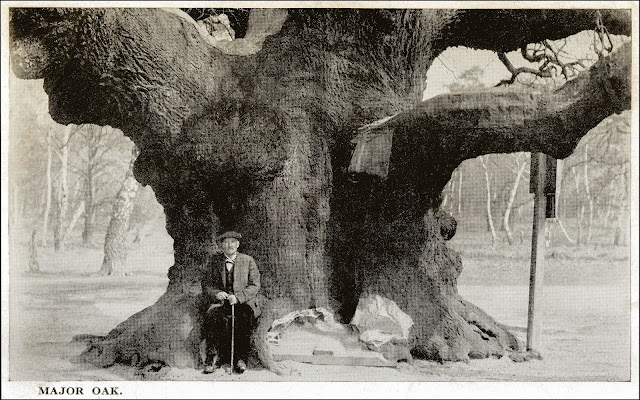 So at the end of our odyssey we find ourselves sat under a tree in Sherwood Forest. There are a few interesting connections caught up in this last image. First of all, the major oak is in Sherwood Forest and legend has it that it was where Robin Hood and his Merry Men sheltered when hiding from the Sheriff of Nottingham (when they were not sheltering in the Tap Room of the Robin Hood in Brighouse). Secondly, it is not that many miles away from Radford Road in Nottingham where we started this curious twenty-image journey. Finally, some people have been kind enough to say that this particular picture reminded them of me and I assumed that was a reference to the serene gent in the flat cap sat under the tree. Then, however, I read the Wiki description of the Major Oak - "it weighs 23 tons and has a girth of 33 feet" - and I realised that this might be the connection being referred to.

If you had told me three weeks ago that this expedition would finish under the Major Oak in Sherwood Forest, I would have been as surprised as you. There was no grand plan in mind, although I have tried to build in a loose connection between one image and the next. This should have left me a thousand miles away from where I began - but it didn't: it left me just down the road. The only map of the journey is this map of connections. It is both an image-map and a map of the imagination. 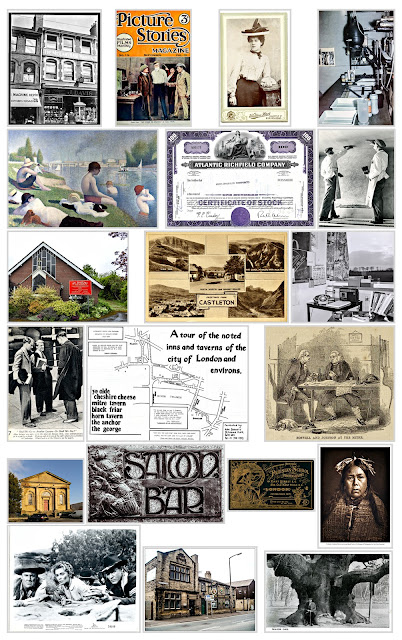